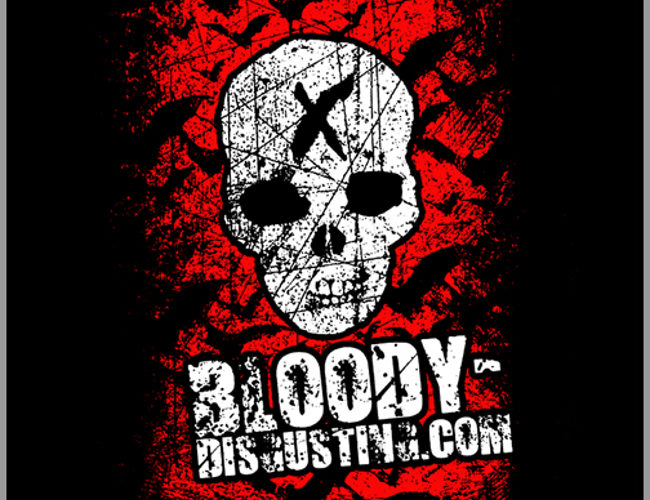 AMC Theatres and horror movie site Bloody-Disgusting.com are teaming up with The Collective (a multi-platform media group) to distribute a series of horror titles. [FirstShowing]

The collaborative effort will focus on acquiring and marketing the best underseen horror titles from film festivals and international markets for distribution in the U.S. We have information about the firs three titles to be released, Cold Fish, Rammbock and Yellowbrickroad. Here are the press release details for each film:

Cold Fish – From Sion Sono, the director of Love Exposure and Suicide Club and based on a true story, it came as no surprise that Sono’s brutal serial killer film Cold Fish received international acclaim on the fest circuit, playing Toronto, Venice, Pusan, Fantastic Fest, and others. When Shamoto’s teenage daughter was caught stealing, a generous middle-aged man helps to resolve the situation. The man and his wife offer to have Shamoto’s daughter work at their fish store. Shamoto soon discovers the horrific truth of the seemingly perfect couple… who force him to get his hands dirty in their brutal business. Inspired by a true events, Cold Fish is a bloodcurdling suspense drama that unveils the underlying insanity of an ordinary man.

Rammbock – Produced by Melanie Berke and Sigrid Hoerner, written by Benjamin Hessler and directed by Marvin Kren, the Fantastic Fest favorite marks the first German foray into the zombie genre. Kren’s short but action packed feature follows a group of strangers attempting to fight off a horde of infected zombies in a Berlin apartment complex.

Yellowbrickroad – Produced by Eric Hungerford and directed and written by Andy Mitton and Jesse Holland and starring Cassidy Freeman (“Smallville”), Anessa Ramsey (The Signal), and Lee Wilkof (Before the Devil Knows You’re Dead). In the Fall of 1940, the entire population of Friar, NH abandoned their homes and walked up an ancient trail, never to be seen alive again. Their fates have remained a mystery for over 70 years, until a team of researchers discover the trailhead and attempt to track the path the doomed citizens of Friar took.

No word on the release date for any of these, but the plan is to roll out a release each month, with showings twice a week (or more), across 32 key markets. It’s possible that AMC might focus on the mid-size markets (like Indianapolis, IN or Jacksonville, FL) where such cult fare is hard to come by theatrically.

Starting in May, special midnight Friday showings will be offered, with the films then available on TV, Video on Demand and DVD. The disc releases will include unrated content, bonus features and special packaging.

“We see a lot of horror films that never make it to the consumer here in the States. We hope to change that by releasing only films we personally love and think the horror community will embrace. Horror movies are a social experience. The success of Bloody Disgusting and other horror communities proves that concept. Bloody Disgusting represents a society of hardcore fans and we plan to activate them through these screenings, bringing the conversation off of the blogs and into the theater itself, while creating a unique experience for each filmgoer that motivates them to come back every month for the experience itself, not just the films.”

The 32 markets should provide a fairly even overlap for such hard-to-see offerings, a boon to horror fans. The real horror flicks usually see a limited run in LA and New York, and then are kicked straight to Netflix’s Watch Instantly (which is fine, there’s some gruesome stuff streaming right now). AMC appears to be in the middle of an aggressive push to diversify the multi-plex – they recently partnered with Regal Entertainment Group to push indie films and their dedication to screening classic films (like the upcoming anniversary of Taxi Driver).

Are you a hardcore horror fan sick of seeing wussy PG-13 horror in theaters? Would you see these harder-to-find horror films?