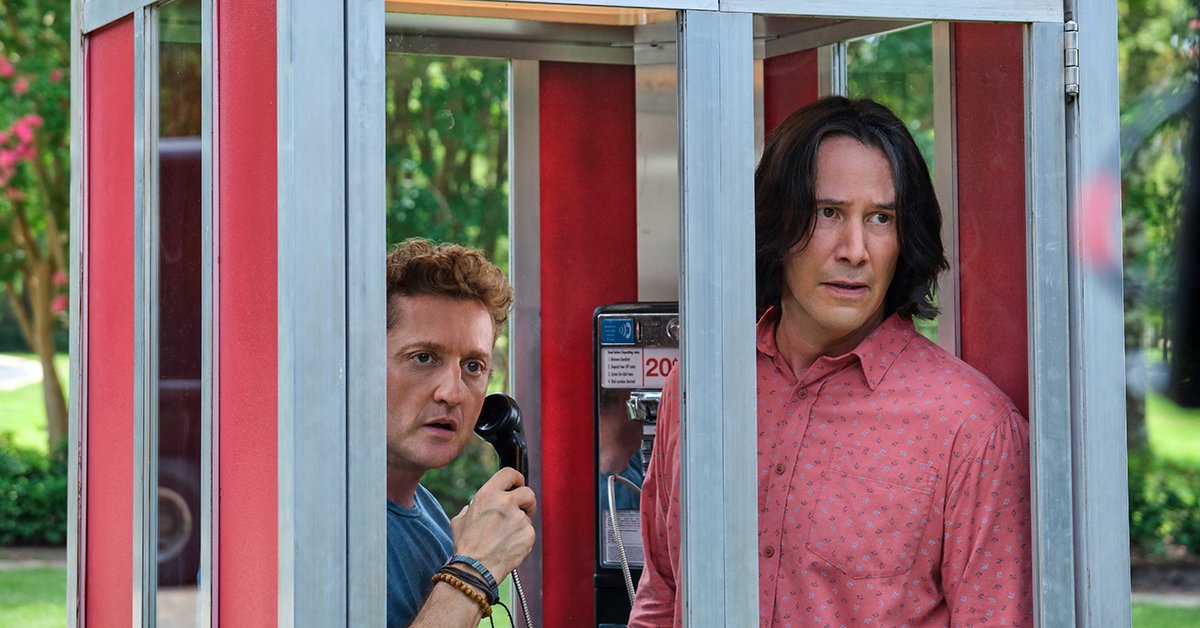 The Matrix isn’t the only franchise that Keanu Reeves will return to soon. He’s back with Alex Winter for the third film in the Bill & Ted series. After debuting in 1989 with Bill & Ted’s Excellent Adventure, the duo hasn’t been seen together since 1991’s Bill & Ted’s Bogus Journey. Now, nearly thirty years later, they return with Bill & Ted Face the Music. Directed by Dean Parisot (Galaxy Quest), the first trailer has landed ahead of a late August release.

In this third outing, the duo needs to create an epic song in order to save the world. Also featuring the return of William Sadler as Grim Reaper, the supporting cast includes Samara Weaving, Kid Cudi, Jillian Bell, and Brigette Lundy-Paine. For those looking forward to this sequel, one can also thank Steven Soderbergh for helping to push it along, as he recently revealed:

“When Ed [Solomon] and I started working on Mosaic, I knew, of course, that he had Bill & Ted in his past. And one day we were talking, and he was like, ‘You know, we wrote a third Bill & Ted movie.’ And I said, ‘Well, great! Like, what’s going on with that? Can I read it?’ And I read it, and I was just part of a group of people, including Scott Kroopf, the original producer, and Keanu and Alex, that really wanted to see this happen. My role was more as cheerleader than anything. The companies that own the rights to make a sequel, I called them up and said, ‘This script’s hilarious, why aren’t we doing this?’ We found a fantastic director, Dean Parisot, who I’ve known for a long time…”

Yet to fulfill their rock and roll destiny, the now middle aged best friends set out on a new adventure when a visitor from the future warns them that only their song can save life as we know it. Along the way, they will be helped by their daughters, a new batch of historical figures, and a few music legends — to seek the song that will set their world right and bring harmony in the universe.