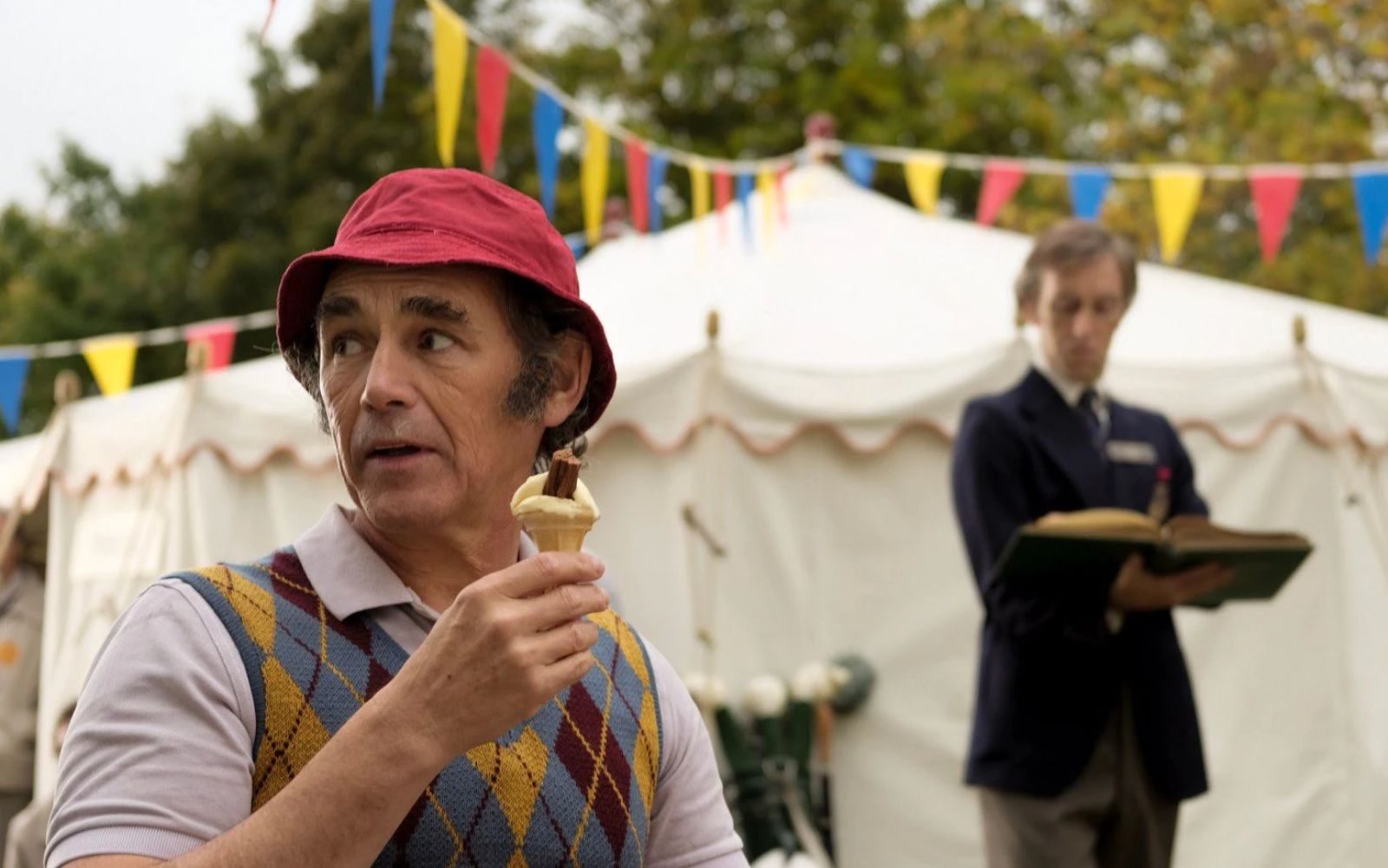 Perhaps the biggest cultural difference between the U.K. and U.S. is the way success is viewed. While America tends to celebrate those who make it, British culture is littered with tales cheering on the noble failures––people honored for their spirited attempts, even as it’s plainly obvious to anybody watching that they have no chance of achieving their aims. It’s hard to think of another country that would ever think of producing a feel-good comedy about an untalented historical footnote, let alone transform him from the butt of the joke into something approaching an inspirational figure.

Perhaps the most impressive thing about The Phantom of the Open, director Craig Roberts’ sweet-natured biopic of “the world’s worst golfer” Maurice Flitcroft, is that this approach never borders on the ridiculous. The film just about manages to subvert Flitcroft’s reputation as a man with no self-awareness towards the limitations of his sporting abilities, finding something peculiarly moving within a far broader testament to the power of spending one’s life doing the thing you love. In theory, the story should make your eyes roll, but Roberts’ film is far more likely to make them water.

Mark Rylance stars as Flitcroft, a salt-of-the-earth shipbuilder in the North West of England, loving husband to Jean (Sally Hawkins), and father to twins James and Gene (Jonah and Christian Lees). Just as rumors of redundancies at his workplace begin circulating, he unexpectedly finds a late in life passion for golf, immediately applying to participate in the British Open as a professional before ever playing a single game. Unable to join a local golf club because of class prejudices, he finds himself having to practice on the beach, or sneaking in late at night when he can’t get caught––but never plays a full round until his qualifying Open game. There he became infamous by racking up the highest score in the tournament’s history, with officials banning him for life for making a mockery of the competition. Undeterred, he still followed his dreams by donning disguises and returning time and time again.

On paper it’s easy to see why this may sound like nothing more than a British Happy Gilmore, a comedy that criticizes the inherent classism of the golfing world, and dares to challenge the social elites at their own game. If there is a criticism to be had with The Phantom of the Open, it’s that the film does occasionally move uncomfortably close to affirming Maurice Flitcroft as a stereotype of an uneducated lower-class man––but the screenplay by Simon Farnaby (who also co-wrote the nonfiction book of the same name the film is adapted from) luckily confronts these charges head-on.

The film comes to imagine Flitcroft as a man not only in on the joke, but who embraced it to help cement his sporting legend, paradoxically inspiring many professional players through his efforts. Farnaby, best known for co-writing Paddington 2, has a genuine warmth and affection towards this character, offering him agency by emphasizing his status as a true British prankster, even when it seems like all his self-awareness has been thrown out the window. At times it often seems he is acting out of a necessity to confront the many prejudices widely held within the golfing community, using his banning for life to highlight how the requirements for professional championships bar working-class people from competing in all but name. He captured people’s attention through his failure, but used his time in the spotlight to speak truth to power in his own eccentric fashion. It’s hard to easily write him off as a mere laughing stock in that light.

The film is helped considerably by Rylance’s lead performance; it’s the best vehicle yet to highlight his often underrated comedic abilities, but this isn’t the key to what makes it work so well. At the heart of the drama is a warm look at a loving, eccentric family who never let themselves be defined as laughingstocks. Flitcroft’s fortunes are juxtaposed with his twin sons, who traveled around the world to compete in disco dancing tournaments, racking up numerous trophies while their father was barred from competing for his. Yet there’s no condescension towards the senior Flitcroft’s attempts at competing in professional golfing tournaments, even as they’re not blind to his sheer inability.

Working from a screenplay by Simon Farnaby has inspired Craig Roberts to utilize many visual tics à la the Paddington films. Its opening credits, which track Flitcroft’s life from a childhood in wartime to his family life, are visualized through a speedy montage of archive footage and comic cutaways, while the film features several fantastical dream sequences, culminating in the sight of Flitcroft flying to a moon that reveals itself to be a golfball. These are the moments where the quirk shifts from subtle to overbearing, a distraction from the down-to-earth eccentricity in the central character drama, where Roberts handily proved himself to be an impeccable director of comic performances.

Ultimately, The Phantom of the Open is one of this year’s most charming films––a broad crowdpleaser that stands a good chance of winning over even the most cynical audiences.

The Phantom of the Open premiered at the BFI London Film Festival, and will be released by Sony Pictures Classics in 2022.