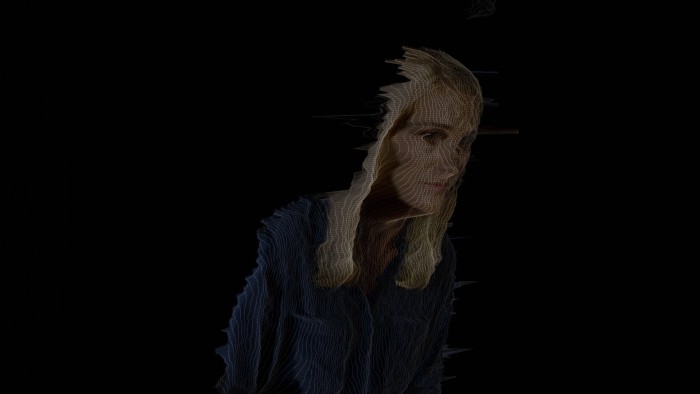 The impressively prolific documentarian Alex Gibney – who, since 2010, has released an average of three films per year – tackles a wide variety of salient and controversial topics, including Scientology, WikiLeaks, the Enron scandal, and sexual abuses in the Catholic Church. With its focus on the U.S. government’s covert advances into the field of cyberwarfare, Zero Days resembles Gibney’s Oscar-winning Taxi to the Dark Side, an equally searing indictment of the U.S. military’s government-sanctioned use of torture during the Iraq War. Although his scope is much more ambitious this time around, the writer-director handles this expansive, technically complex, and ethically abstract subject matter with remarkable cogency, crafting a documentary that’s as enlightening as it is disquieting.

Zero Days begins with the 2010 discovery of Stuxnet, a malware (malicious software, an umbrella term for computer viruses, worms et al.) that was found to have infected every Microsoft operating system in the world. Security experts from the anti-virus company Symantec explain that upon looking into Stuxnet, they found it was unlike anything they’d encountered before. Not only was its code extraordinarily large and elaborate, but it was also near-flawless and untraceable. Considering the immense technological and financial resources that would have been necessary for its development, it became clear that only a country’s government could be responsible.

It was eventually uncovered that Stuxnet was jointly developed by the U.S. and Israel in order to compromise the centrifuges of Iran’s central uranium enrichment facility, and thus sabotage the country’s nuclear program. Almost 2,000 of the facility’s 19,000 centrifuges were impaired before the malware was detected and removed. As such, it represents a watershed moment in the history of cyberwarfare since, to date, it’s the most sophisticated instance of an offensive cyber attack executed by nation states — something the U.S. government has never acknowledged doing.

Gibney draws parallels between cyberwarfare and nuclear warfare, arguing that the world is approaching a new Cold War scenario. Considering the extent to which all infrastructure is now reliant on computer technology, it won’t be long before cyber attacks have the ability of incapacitating entire countries. In fact, one insider source claims that the U.S. could already shut down all of Iran’s power at the click of a button. Unlike physical types of combat, however, there exist no conventions or treaties regulating cyberwarfare. As one interviewee puts it, the current norm in cyberspace is, “Do whatever you can get away with.”

The major obstacle towards drawing up regulations is the lack of awareness and information, since all cyberwarfare operations are highly confidential and any inquiry into their nature and risks — as Zero Days repeatedly evinces — is met with deflections from the relevant officials. With nuclear, biological, and chemical weapons, it was academic denunciation and public outcry that eventually led to treaties controlling their use. An analogous development is currently impossible. The extreme secrecy surrounding cyberwarfare is an obstruction to the democratic process, and Gibney unequivocally frames his documentary as a call to action.

Although Gibney’s slant is decidedly towards the liberal side of the spectrum, he makes sure his apprehension will strike a note with conservative viewers as well.  Zero Days goes on to describe how, in the wake of Stuxnet, Iran retaliated through cyber attacks of their own, performing the numerous hackings of American banks in 2013; much like the mujahideen, the Iranian government learned from the U.S. and followed suit. By transcending the physical realm, cyberwarfare has drastically reduced the cost of war and the U.S. might not be able to maintain the upper hand. Not only is the playing field more even, but by having such technologically advanced and interconnected infrastructure, the U.S. is a lot more vulnerable than most nations, and a powerful attack could cripple it completely. (This is not unlike the terrorists’ plan in Live Free or Die Hard, as it happens.) The reason why Stuxnet spread to every Microsoft-operating computer in the world wasn’t by intention but because of unilateral action on Israel’s part, which got out of hand. This suggests that, even without singularity, the global ubiquity of computer technology may well result in malware spreading beyond the attacker’s objective and potentially backfiring, too.

On a formal level, Zero Days is a strictly conventional documentary, comprising a long succession of talking-head interviews broken up through news footage and animated graphics of computer code reminiscent of The Matrix. Thankfully, the subject matter largely precludes the use of stylized reenactments, a particularly odious device that Gibney has employed in many of his previous documentaries. In a few instances, Gibney does resort to equally blunt and redundant visual tactics, as in the scene where Stuxnet’s method of impairing the Iranian centrifuges is illustrated with a balloon that is inflated until it bursts, which is then replayed in extreme slow-motion from numerous angles before cutting to a montage of nuclear explosions.

What Zero Days lacks in subtlety and formal innovation, however, it compensates for in breadth and lucidity. Gibney once again enlists a truly impressive roster of interviewees, including senior officials of agencies such as the NSA and CIA, and packs a staggering amount of information into two hours, all of it communicated in clear and accessible terms. Whether the film is looking back at the history of animosity between Iran and the U.S., describing the functioning of the centrifuges used in uranium enrichment, or explaining the complicated technical specificities of cyber attacks, Gibney never dumbs anything down, yet always makes sure to take the viewer along. What results is a topical and thoroughly gripping documentary formulated with forceful urgency. Here’s to hoping it proves capable of fostering the dialogue Gibney intends.

Zero Days premiered at the 2016 Berlin International Film Festival and opens on July 8.