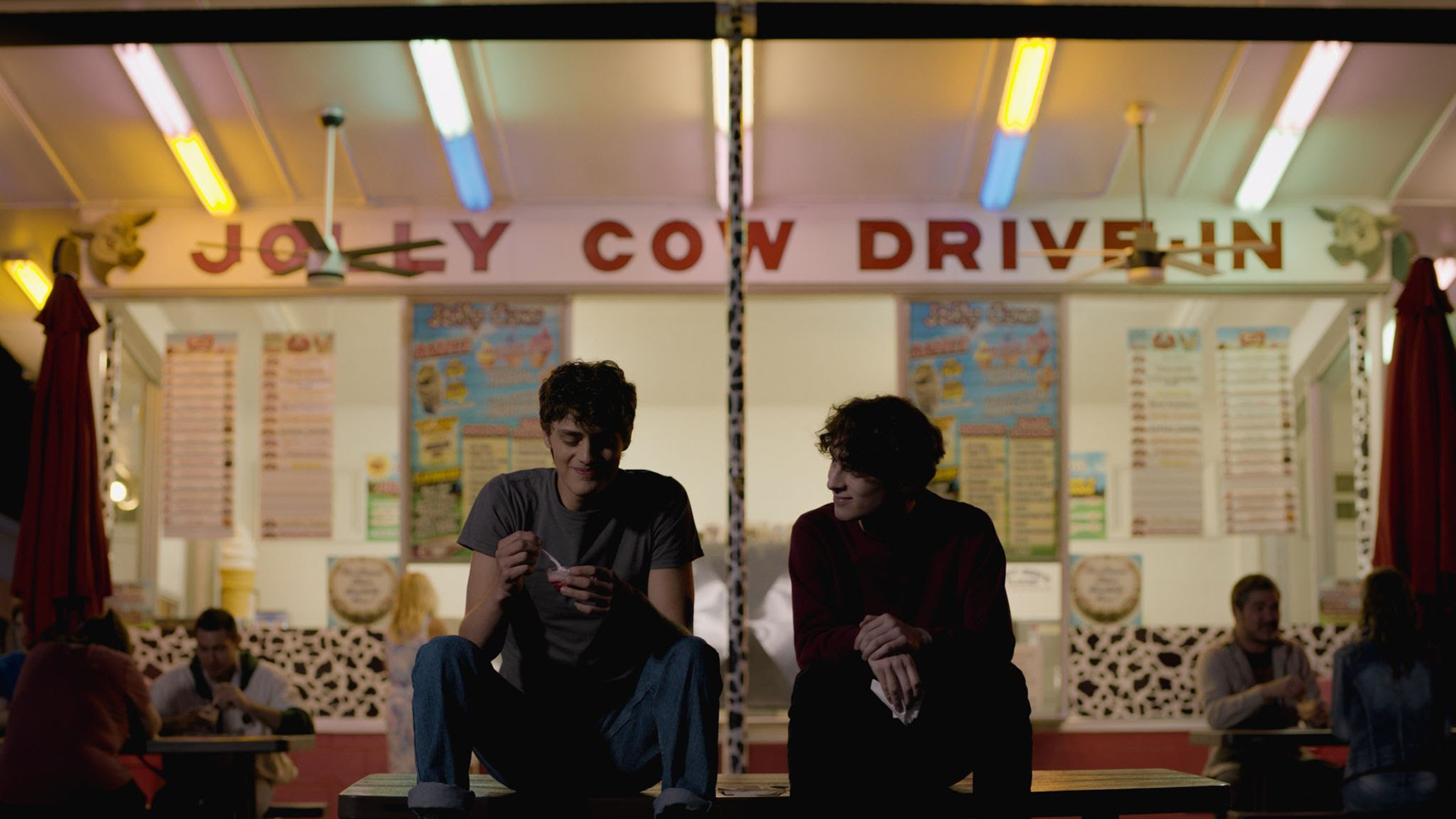 Ethan (Wyatt Oleff) doesn’t have to say anything when he appears at his brother Derek’s (Fin Argus) work unannounced. They’ve gone through this too many times not to know the reason for any impromptu visit: Mom (Chrissy Metz’s Michelle) is missing again. So they get into the family car, flip their middle fingers at the office of the doctor who prescribed her first bottle of medication (and continues to refill it despite years of failed rehab stints), and check all the usual places. Eventually they exit whatever alley they found her stumbling around in, load her into the sedan, and play a game of “guess that tune” at full volume to ensure she doesn’t pass out. The ER nurses know them by name, always holding a bed.

If you’re wondering how things can repeat themselves this often without anything changing, you’re only revealing you don’t know what you don’t know. Writer-director Jamie Sisley does, basing his feature fiction debut Stay Awake on his own adolescence growing up in small-town America (as well as a short of the same name). At a certain point the unfortunate reality of this family’s situation becomes routine; there’s no other choice but to allow it. What’s Ethan and Derek’s alternative? Leave their mother to die? Stop hoping things will get better? Those are easy ideas to conjure from the outside looking in, but these teens barely have time for school while paying the bills. Losing sleep to find Michelle is better than losing it not knowing if she’s alive.

Our entrance into their lives just happens to coincide with a moment where that may no longer be true. The boys promised each other that when Ethan went to college (his straight-A student was always going to be the first in their family to do so) 19-year-old Derek would cut back his hours and pursue acting again. The idea was that the younger brother would have a more flexible schedule to help around the house while the potential of seeing them both successful and happy might turn things around for Mom. Best laid plans and all that as Ethan’s pipedream application to Brown returns with a full-ride scholarship. Does he go? Would Derek actually leave if he agreed to stay? Will enough ever finally be enough?

That last one is difficult to answer considering this unsustainable dynamic has been normalized for so long. Ethan and Derek have spent the past few years sacrificing their wants and desires as a result of their mother’s baggage and getting out from under it isn’t as easy as flipping a switch. Having to be there for her at their own expense has caused Derek to embrace the excuse. He’s never been able to face his fear of failure upon graduating high school because he’s been able to avoid trying. To even think about living his own life is therefore debilitating. And Derek has gotten so used to his mother’s drama being their family’s identity that he’s been unable to forge his own. Until that acceptance letter grants permission.

Know that Sisley isn’t minimizing Michelle’s ailment. We should be able to accept that she’s suffering from a disease while still looking beyond that struggle to acknowledge her sons shouldn’t pay the same price. Stay Awake is told from their perspective and effectively allows them the complexity to move their frustrations to the forefront. It’s natural for them to wonder aloud that something needs to give. Whether that means doing what’s necessary to get her committed against her will or leaving her to die rather than continue this never-ending cycle, you cannot begrudge those thoughts. Because for every Lady Bird putting the onus on the child to forgive and accept their parent’s actions, there are countless others where a clean break is the only path forward.

This isn’t a one-size-fits-all problem, though. Not only is there no universally correct answer—there also isn’t one for these brothers. Maybe Ethan can live with the knowledge that he tried. His penchant to attack Michelle with reductive pleas to “just fix it” is honest despite its immaturity, but he needs that anger to detach himself long enough to start fresh in Rhode Island. That doesn’t mean Derek can’t choose to compromise his own escape by staying. These are decisions they need to make on their own and they can only do so if they’re honest with each other as far as where their respective cutoff points are. Derek has already had his growth stunted (lamenting how everyone his age is leaving) and Ethan is heading there.

That last point is significant, and why the younger of the two becomes the de facto lead here despite the camera often following Derek and Michelle on their own. Ethan is the one standing at his make-it-or-break-it cliff. Where the other two seem unable to get out of their own way, he is willing to push, even if doing so burns bridges in the process. And why not? His rage has been pent-up too long. His insecurity to bare his soul and risk seeing the regret in his brother and mother’s faces is eating him from the inside out. Brown changes everything. It provides something to strive for and a reason to be honest with himself about love, sexuality, and autonomy. This is his chance to wake-up.

It won’t be a smooth transition. Ethan will backslide and over-compensate just as much as Derek’s fear and Michelle’s guilt drags them back to zero with every step forward. Oleff owns that three-dimensionality as the role leads him to do and say some mean things that we cannot deny. Even Michelle, despite being hurt by the sting of them, agrees they must be said. She doesn’t want her boys to fail themselves because she failed them. Metz is great at toeing that line between manic and depressive moments, constantly deflecting her truth with humor. Argus is close behind—always smiling so as not to cry. Theirs is a journey too many must take. One full of possibilities and tragedies wherein hope often comes at the cost of pain.

Stay Awake premiered at the 2022 Berlinale.