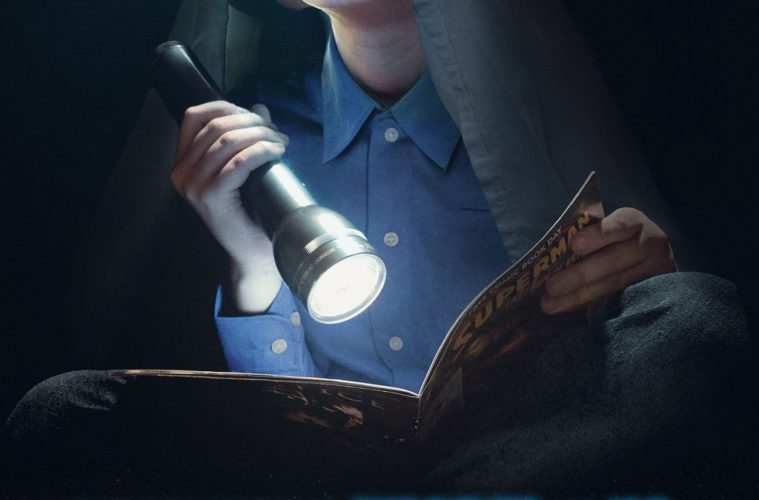 Ambiguity might be the most useful item in the science fiction toolbox. Blade Runner’s mysteries still rob people of sleep, and you’d need a wall chart to work out Shane Carruth’s Primer. However, when used in rash abundance — as in this latest film from Mud and Take Shelter director Jeff Nichols — the results can leave the viewer in a rather less complimentary state of bafflement. The details in Midnight Special, Nichols’ homage-heavy sci-fi thriller set in his signature Deep South locale, are sometimes so scant as to be jarring. Yes, less is often more in Hollywood, but it can also be just plain less.

We open on a police broadcast as, from a motel room, two men (Michael Shannon and Joel Edgerton) and a boy named Alton (Jaeden Lieberher, decked out in blue goggles) speed away in a car. The newscaster reports that the child has been abducted, but the affection between the men suggests otherwise. Next, we see a cult preacher (Sam Shepard) conducting a nighttime sermon. The Feds roll up and take the congregation in for questioning. It seems the boy was some sort of messiah to the group and the man who took him (Shannon) is his biological father.

From here the waters get a little muddy. We learn that Alton has a gift to grant people moments of catharsis through a beam of light that emits from his eyes, inspiring complete devotion in those who come into contact. Adam Driver’s goofy NSA man Sevier is flown in to interview the cult’s Kool-Aid-drinking followers. It transpires that the preacher had been writing his sermons by transcribing the boy’s ramblings (which he believed to be the word of God), but that these ramblings contained coded military secrets, resulting in the attention of the FBI. Shannon’s Roy, an ex-cult member, teams with his friend, Lucas (Edgerton), a state trooper who experienced the supernatural rapture and promised to help out. And thus a nationwide pursuit begins.

This set-up all sounds rather good, of course, and were it not for the splice-happy editing, the film might have come off as a sort of Deep South E.T. via Mercury Rising. But, regrettably, that heavy distillation has resulted in a drama with very few details to really cling onto. Nichols builds tension well but fails to add enough mystery to Alton’s powers to keep momentum fully present. This slackness with detail, it must be said, is quite rampant. The vast military operation tasked with tracking down Alton is distractingly incompetent, while Sevier’s eureka moment comes when he inexplicably circles two random numbers with a red pen and says, “how remarkable…”

Perhaps there was a great film in there. On a relatively low budget, Nichols — along with his longtime cinematographer Adam Stone — have managed to emulate the texture of the films that Midnight Special so clearly is paying homage to, even if the full-blown quotes sometimes prove clunky. The finely selected ensemble cast is reliably tough as well, particularly Shannon in his go-to “gentle tough guy” role. Nichols’ 2011 film Take Shelter used a similarly minimalist sci-fi setup to focus on a family in crisis, and Special also plants a father-child relationship at its core, and — in credit to Shannon’s dedication — it plays very well.

The problems that weigh down Midnight Special seem rooted almost solely in Nichols’ editing. The director stated that this approach was the “culmination of an experiment of removing as much information as possible, almost to the point of damaging the story.” The evidence suggests he may have passed that line.

Midnight Special premiered at the 2016 Berlin International Film Festival and opens on March 18.