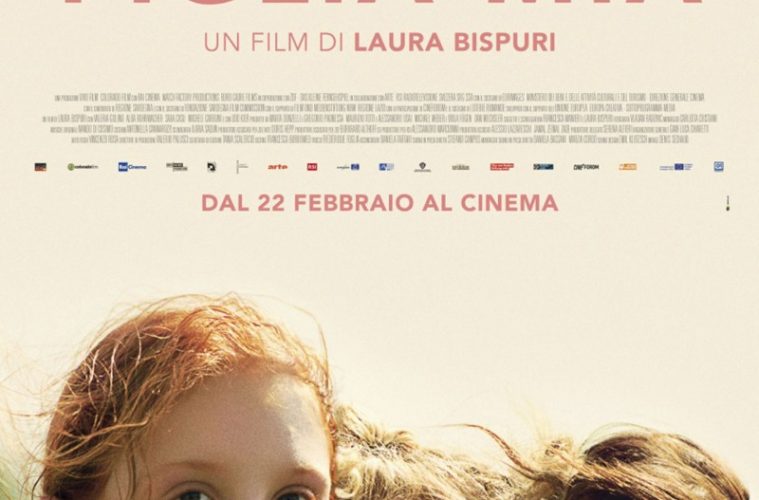 Berlin Review: ‘Daughter of Mine’ Captivatingly Challenges the Conventional Notions of Motherhood

Laura Bispuri’s follow-up to her captivating transgender-themed debut Sworn Virgin is a wrenching, heartfelt drama with an unfussy social commentary that again seeks a new definition of womanhood. Daughter of Mine, led by a trio of female actors–Valeria Golino and Alba Rorwacher, and an equally headstrong first-timer, Sara Casu–contemplates the nature of motherhood in a variety of forms: adoption and the absence of a birth mother, the lack of father figures, and even the effect of an exclusively female family unit. Why is society obsessed with balance in nuclear families about gender–mother and father–rather than in more complex sensibilities?

In a sizzling summer on the Italian island of Sardinia, nine-year-old Vittoria (Casu) is starting to question her place in the world. Her flame-red hair marks her out, she’s bullied at school, and can’t seem to articulate herself to her mother Tina (Golino), who, while as loving as a mother can be, doesn’t recognize that she struggles. At a rodeo, Vittoria stumbles upon the brash, reckless Angelica (Rohrwacher, a polar opposite to her Sworn Virgin character) in the throes of some sex act, that, on the surface, repulses her. But something is awoken in Vittoria. In reality, Angelica is Vittoria’s birth mother, a secret kept from Vittoria her whole life.

Yet Angelica is a drunkard, impulsive, ‘masculine’ perhaps by the most flippant of interpretations. But she is a woman, alright: when we join her in grim, smoky bars (superbly shot by Vladan Radovic), the camera reflects the male gaze as we watch men leer at her, perhaps because they want to sleep with her, or because they’re disgusted by her individualistic streak they don’t recognise. If she were a man, perhaps she’d be the life and soul of the party.

As Angelica falls into money problems, she barters a meeting between her and Vittoria, and in exchange she tells Tina she’ll leave the island for good. But soon their relationship blossoms, and Angelica shows Vittoria a new, care-free existence that, under Tina’s guardianship, was kept away. Will her new-found motherhood mean Angelica would change her plan?

While Daughter of Mine, unlike Bispuri’s previous work, isn’t what haughty critics would call an LGBT text, it does consider a how a family of two mothers operates –with largely absent male figures–and comes to nuanced and unexpected conclusions. Tina and Angelica are yin and yang, and the film argues both can have a significant, if varying, role in Vittoria’s upbringing. Bispuri and co-writer Francesca Manieri slightly lose their nerve at the end as lessons are learned in a slightly cack-handed rush to the finish. But even then, in the untouched palette of the Sardinian scenery, there’s simply clarity to it. Bispuri challenges us to do away with conventional notions of what a perfect mother should be.

Like Sworn Virgin, Bispuri is able to conjure a real sense of place in her sophomore feature. The director compares the rugged terrain, far from the Sardinia tourist trail, with “the strength of mothers,” and she loves to film her women characters in long, expressive takes, where they dance or drink or simply walk across the wind-swept scenery. The film maintains a light, natural quality.

The acting is effortless, and Casu unexpectedly grows into the role as her character strengthens her voice. Rorwacher is excellent, especially when untethered and left to explode in uncouth rages, notably with a rough-looking Udo Kier, who appears in an unexpected cameo as a horse salesman. And Valeria Golino is heartbreaking as Vittoria’s adoptive mother, slowly losing her only child to forces outside her control.

Daughter of Mine premiered at the Berlin International Film Festival and opens on February 1.