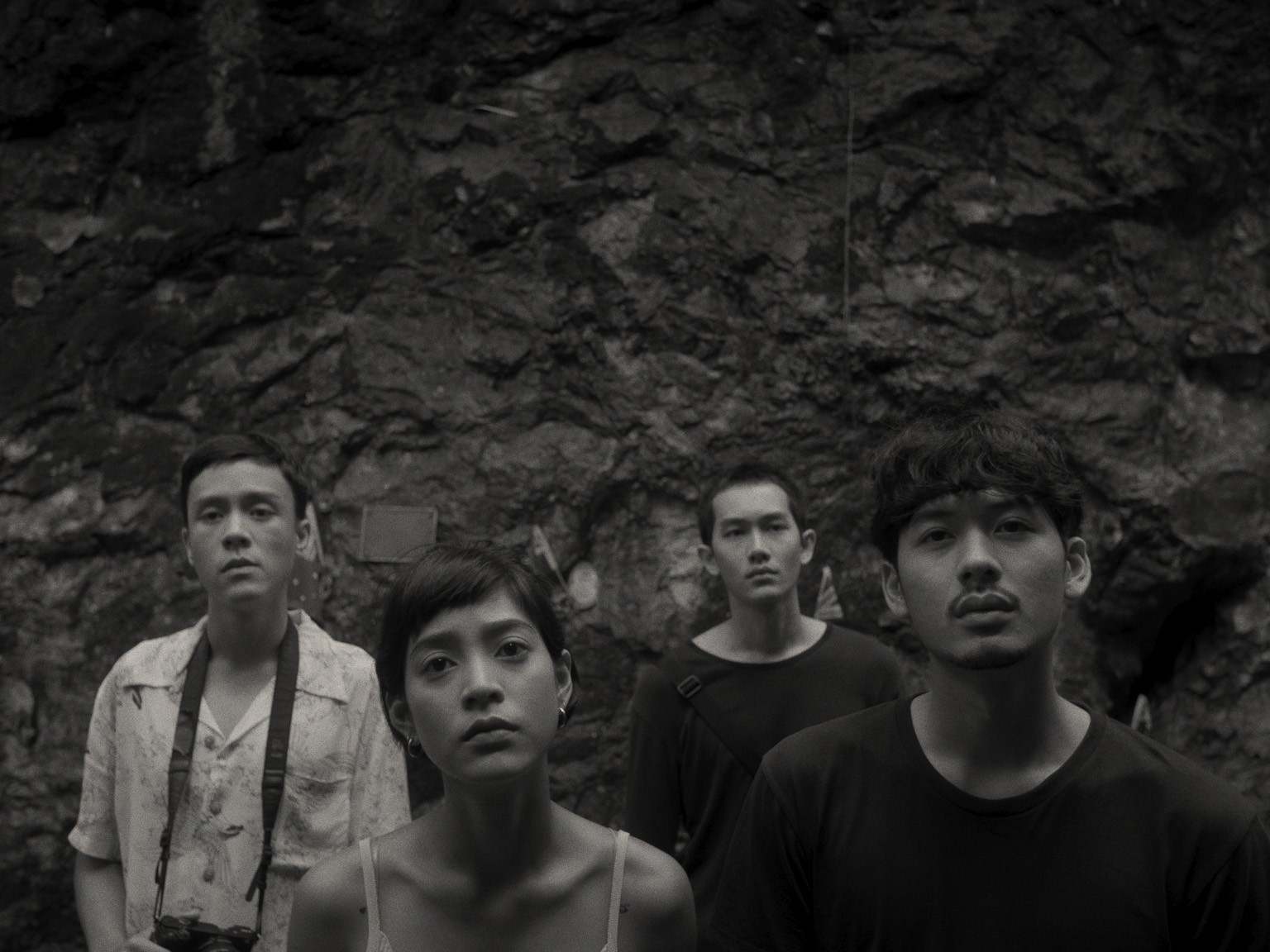 In 1953, Chris Marker and Alain Resnais released Statues Also Die, a key work in their fledgling early careers that focused on traditional African art and its exploitation by wider French culture. For the two intrepid modernists, sculptures, masks and other remnants of traditional Sub-Saharan African life had lost their meaning when seen through Western eyes, becoming a mere, hollow commodity. Come Here, a short, potent, and experimental feature by Anocha Suwichakornpong, asks a similar question of the historical memorials that dot our war-ravaged planet.

For Suwichakornpong’s perspective as a major political critic of Thailand, the mere existence of a Hellfire Pass Memorial Museum is an example of unabashed living irony. Constructed in 1983, it was commissioned to honor the Hellfire Pass, a railway carved into the inhospitable sides of the Tenasserim Hills during World War Two by forced labor, resulting in the deaths of 90,000 civilians and 12,000 allied prisoners of war. Forced labor and modern slavery remain constants in the country as it has experienced waves of civil unrest this century, which have also contributed to difficult working conditions for artists such as Suwichakornpong and the beloved Palme d’Or winner Apichatpong Weerasethakul.

Suwichakornpong, a gifted formalist filmmaker whose recognition has been steadily growing, is chiefly concerned with historical memory, but this emanates through her work in sometimes-imperceptible ways. This is largely because her casts are composed of young people, guileless twenty-somethings gliding through life, estranged from the traumatic history they walk upon.

And so it is here in Come Here, but with characters far more opaque than in her major previous work Mundane History and By the Time it Gets Dark. A group of four young people, comprising three boys and a girl (named Saiparn, played by regular collaborator Apinya Sakuljaroensuk), take a trip out to the Kanchanaburi province where the railway (no longer in operation, but preserved) and museum are located, and then to a gorgeous lakeside villa for more typical late-adolescent activities of pot and lazy lounging-around. Shot in stark, deep-focus black-and-white master shots, we immediately feel the fissure of the ghostly landscape intruding on their camaraderie; this is a veritable Death Valley, to make a comparison with Gus van Sant’s Gerry, another tale where leisurely hiking takes us into an uncertain void.

Even more than Apichatpong, Suwichakornpong is a growing master of temporal shifts, her work not so much fragmented as machine-cut into precise, interlocking patterns. The main group are summarily revealed to be a group of actors, and the action loops back from their lake house tableau into an eerily-lit indoor soundstage that looks like a cross between Dogville and the harvesting sequences from Under the Skin. We also periodically cut to an unaccompanied young woman (Waywiree Ittianunkul) running through a forest in great distress, before lying down and morphing into a boy. And there are silent, head-on close-ups of the cast members, gazing down the camera’s lens in an apparent homage to Warhol’s Screen Tests.

If you’ve seen some of her prior work, there’s a degree of predictability to Come Here as it begins to dance between registers, and the characters signify far less than their counterparts in, say Mundane History, which sketched the tender bond between a paraplegic and his young carer, both of whom with tarnished ambitions of becoming writers. Shot in just five days, the pictorial variety captured in this time is still extraordinary, but the chilling political subtext of historical amnesia doesn’t broach through the surface.

The most vulnerable character-driven moment is when Saiparn admits to one of the boys she’s becoming disenfranchised with theatre, and wants to make a career change to marketing. The friend Sorn is taken aback. Cruelly judgmental, is Anocha suggesting this is one fewer young person with the bravery to look national injustice straight in the eye?