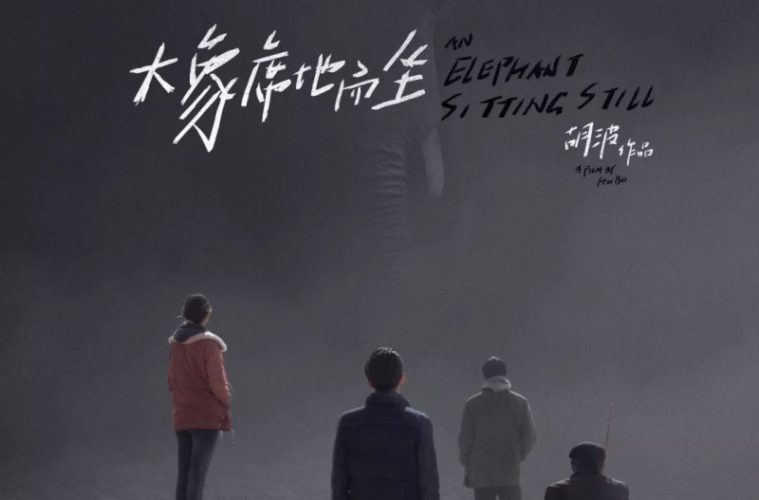 Berlin Review: ‘An Elephant Sitting Still’ is an Epic Drama with Shades of Edward Yang and Jia Zhangke

The trick to getting the most out of the Berlin Film Festival is to dig deep into its stupendous program spanning 400 films across a multitude of sidebars. Premiering in the Forum section which traditionally favors more experimental/radical forms of filmmaking, Chinese writer/director Bo Hu’s feature debut An Elephant Sitting Still is the work of raw, intimidating talent driven by a creative fury that would likely daunt most competition titles. Unmissable for anyone craving the gritty realism and independent spirit of pre-00’s Chinese cinema. Fair warning: this is decidedly not the feel-good movie of the year.

It all begins on an overcast morning in a nondescript city. People young and old are waking up to a new day, although it doesn’t seem like this is something any of them particularly looks forward to. At first we don’t know their names or how they relate to one another, but as the beautifully-edited first hour unfolds, the stories of Yu Cheng (Yu Zhang), a local thug having an affair with his best friend’s girl, Wei Bu (Yuchang Peng), a 17-year-old boy who plans to stand up for himself and his buddy against the school bully, Huang Ling (Yuwen Wang), Wei’s fellow high schooler who’s secretly seeing the deputy dean, and Lao Jin (Congxi Li), a retiree dreading the prospect of being sent away to a senior home by his own son, branch out and eventually connect in surprising, regrettable ways.

Hu’s screenplay is a rare creation of great ambition and patience. By following this group of nobodies trying to get through another day and chronicling the utter moral bankruptcy everywhere they look, it recalls Edward Yang’s minute world-building in A Brighter Summer Day, in which aggression and social unrest under a repressive regime slow burn to explosive consequences, and Jia Zhangke’s ruthless dissection of the greed and sick materialism of modern-day China in A Touch of Sin. The writing falls short in certain respects, for sure. The time element hasn’t been sufficiently worked on, for example, so it doesn’t seem entirely unconvincing that all the events from the interlocking plot lines are supposed to take place within one day. Also there’s quite a bit of intellectual exposition with characters remarking at regular intervals “Life is misery, it never gets better,” “The world is a wasteland,” and the like–not the most graceful way to communicate bitter disillusionment and frankly a bit overkill considering the sentiment is felt in every single frame of the film. (If you thought watching Andrey Zvyagintsev’s Loveless was hard, wait ‘til you see how family treats each other in this one.)

That said, there’s no mistaking the incisiveness of Hu’s observations or the dexterity with which he weaves multiple chains of cause and effect together for this grand tapestry of sorrow. He writes microscopically, detailing the characters’ circumstances and choices at every turn, but addresses at the same time something on a much larger scale–an ancient civilization slowing losing its human touch. Most people in the film harbor no evil intentions, but they can’t seem to do right either. Striving for a better life while getting knocked down from all sides, you can sense the last trace of hope slowly leaving them, feel the exhaustion in their bones. It’s no wonder that the nihilistic legend about an elephant sitting on the ground, unresponsive to any taunts or abuse, would become such a beacon of salvation to them, sending an unlikely group of kindred spirits on a journey to a faraway place where they can finally not care anymore.

For a first-time director, the confidence and proficiency of Hu’s cinematic expression astonishes. There are a lot of long takes. Some feature extended conversations between two characters captured boldly unabridged, building the tension of the scene on its simplicity alone. Others involve complicated logistics, overcome with apparent ease betraying little premeditation. Still other directorial decisions as inconspicuous as the way Wei Bu is seen throwing a burning match up to the ceiling or how the suicide of a man is staged soundlessly and out of sight, demonstrate a sharp instinct for aesthetics and visual suggestion. Sparingly but impassionedly, he tells a story that bares a lifetime’s worth of despair.

It cheapens the creativity of the filmmaker to say that the writing’s on the wall (Hu took his own life last October after finishing Elephant), but it would also be disingenuous to not notice the real struggle underlying this four-hour epic. In any case it’s a terrible waste to lose such a remarkable, uncompromising voice in today’s government-censored, market-dictated Chinese cinema – let alone at just 29 years of age. One can only hope that this film which, for all its overt and emphatic bleakness did not end on a tragic note, could offer some sense of solace to its audience, even if it had not been enough for its brilliant maker.