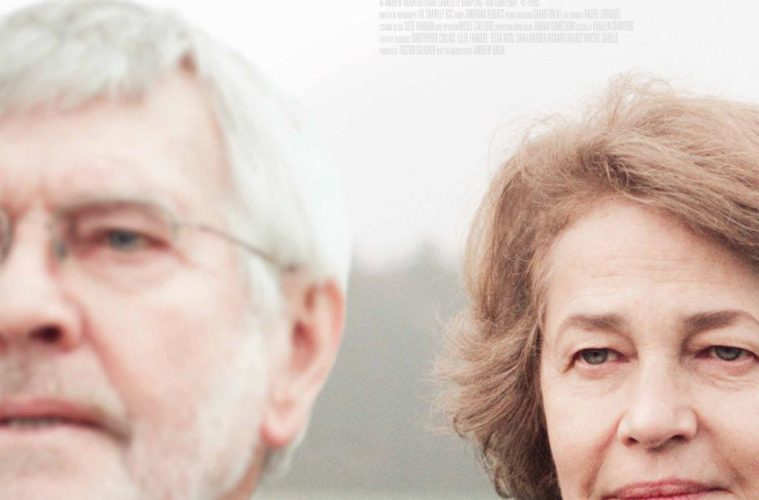 Andrew Haigh’s third feature as a director, 45 Years, is an excellent companion piece to its 2011 predecessor, Weekend. The latter examined the inception of a potential relationship between two men over the course of a weekend, whereas its successor considers the opposite extreme. Again sticking to a tight timeframe, the film chronicles the six days leading up to a couple’s 45th wedding anniversary. Though highly accomplished, Weekend nevertheless suffered from a tendency towards commenting on itself as a gay issues film, which at times overrode the otherwise compelling realism. Despite treating material arguably even more underrepresented in cinema – senior relationships – Haigh avoids this same self-reflexive pitfall in 45 Years, pulling off an incisive and emotionally ensnaring tour de force.

Kate (Charlotte Rampling) and Geoff (Tom Courtenay) are wife and husband, comfortably retired in the British countryside. In the film’s opening scene, Geoff receives a letter from Switzerland. “They have found her,” he says crestfallen after reading the letter’s contents. To Kate’s question of who, he unheedingly replies, “My Katya.” With only the slightest change in demeanor – she isn’t even facing the camera – Rampling is able to convey both how hard Kate is hit by her husband’s clumsy choice of words and her effort to suppress her hurt for the sake of emotional support. This is just the first demonstration of Rampling’s understated and unswervingly phenomenal performance. Courtenay, though acting in a different register, is also outstanding. Geoff’s leveled and more distanced, sometimes even vacant temperament, perhaps resulting from the earliest stages of senility, plays off Kate’s alertness, which grows gradually more intense and apprehensive over the course of the narrative. This perfectly executed central dynamic is essential for the film to work, because apart from a few short scenes involving their friends, 45 Years is entirely focused on its two protagonists. Moreover, the script contains very little by way of action or major plot developments. The Katya from the letter turns out to be Geoff’s ex-girlfriend, deceased in a hiking accident before he met Kate. Her body had never been found and Geoff’s reaction to its discovery initiates a process of reflection and self-doubt in Kate that leads her to question a life’s worth of built-up certainties, bringing her 45-year marriage into a new and unsettling perspective.

For the most part, the film is made up of conversations between Kate and Geoff, in which she draws out details about his relationship with Katya and the status she might have held for him all these years. Haigh maintains a dexterous balance between empathy and underhandedness in Kate that shifts in parallel with Geoff’s reticence and keeps our partiality in flux until the final act. The copious, superbly scripted dialogue is never anything short of compelling, progressively heightening our investment in what could very easily have been a painfully bland representation of a marriage crisis.

Haigh’s direction is equally subtle yet assured, avoiding any ostentation that could distract from his characters’ emotional trajectory. The handheld camera usually hangs back, at times literally peeking from behind bookcases or doorframes (a technique often employed in Weekend as well). Although observational, this approach isn’t voyeuristic. Instead, it preserves the scenes’ necessary intimacy, bolstering their authenticity. Few filmmakers – Richard Linklater comes to mind – have proved themselves able of realizing such discerning and finely drawn portraits of adult love. While the conclusion of 45 Years is hardly uplifting, we are nonetheless left thankful for having had the privilege of truthfully and thoroughly exploring a genuine relationship, wrinkles and all.