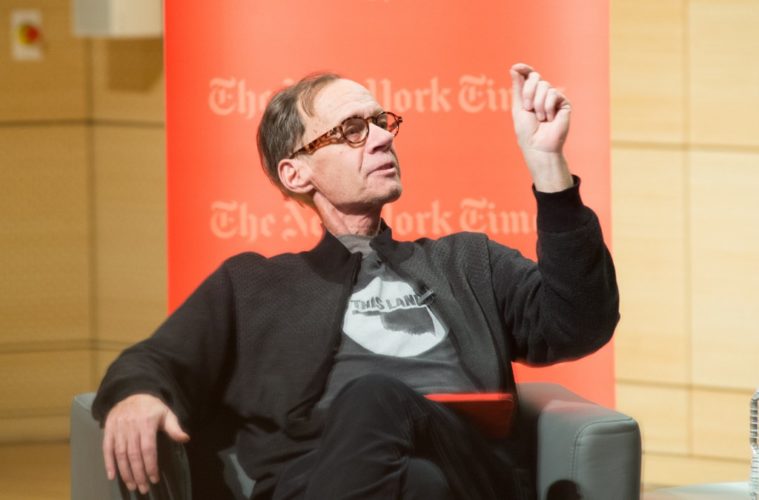 Taxi, 45 Years, and The Club earned major awards at the 2015 Berlin Film Festival. See our reviews of them and more here.

In late March, The Breakfast Club will return to theaters for its 30th anniversary, Variety reports.

RogerEbert.com‘s Matt Zoller Seitz discusses Terrence Malick in his introduction to Faith and Spirituality in Masters of World Cinema:

Instinctively, I wrote that in my 2005 New York Press review of Malick’s The New World, not realizing all the ways in which it was true. What I was trying to get at was the sense of wonder that the filmmaker evokes. Malick awakens this response quite strongly among those who respond to his work, and in my own admittedly anecdotal experience, I’ve found little difference in response between those who consider themselves specifically religious, generally “spiritual,” agnostic, or atheist. There’s something about the way Malick shoots, cuts and scores action—the things he chooses to show us or not show us; the things he considers significant—that evokes these feelings.

It was on the fifth or fifteenth major sequence of extraordinary outer space somethingorothers doing something extraordinary in Jupiter Ascending that I realized I no longer cared about visual effects as a category of achievement. There are what seem like dozens of such sequences in Jupiter, and that’s part of the film’s problem; the “been there, done that”-ness of Jupiter is lethal.

Now, with my realization about effects came a corollary understanding: at some point, I did care about special effects. This is not the way things are supposed to be. When directors of these kinds of movies – the Peter Jacksons, the James Camerons, even the Wachowskis themselves – sit sagely on DVD special feature documentaries and mention that visual effects are a means to an end, not an end unto themselves, I would nod along with them and feel like the smartest boy in school.

Badass Digest‘s Phil Nobile Jr. on sex and death in the films of David Cronenberg:

In the early ‘80s, before horror directors looked like horror fans, very few pieces written about David Cronenberg passed up an opportunity to mention just how normal he looked. Journalists lined up to eagerly point out the juxtaposition of the filmmaker’s milquetoast appearance and his nihilistic onscreen viscera, as if they were the first ones to notice it. Cronenberg would react politely each time, explaining that, as a storyteller, he was never really all that invested in mayhem or gore. Ever since childhood, he said, he was interested in writing and in science. He was a quiet, booksmart guy who figured out early on that his creative preoccupations — which were closely tied to his scientific interests – could get financial backing if they were couched in the language of a commercial horror film.