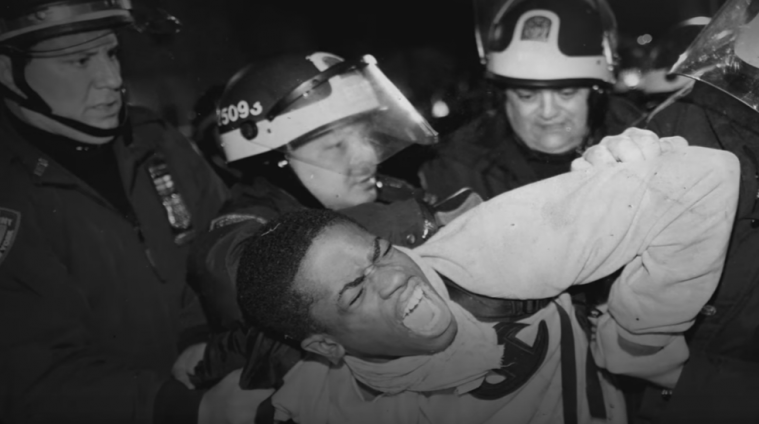 While Selma took a look at a very specific, vital part of American history, director Ava DuVernay is exploring its political and systemic reverberations over the span of many decades with her next film. The 13th chronicles the history of racial inequality in the United States, particularly how it relates to the prison system, and ahead of a NYFF opening and Netflix premiere, the first powerful trailer has arrived.

“This film was made as an answer to my own questions about how and why we have become the most incarcerated nation in the world, how and why we regard some of our citizens as innately criminal, and how and why good people allow this injustice to happen generation after generation,” DuVernay says.

Check out the trailer below and return for our review from NYFF.

The title of Ava DuVernay’s extraordinary and galvanizing documentary 13TH refers to the 13th Amendment to the Constitution, which reads “Neither slavery nor involuntary servitude, except as a punishment for crime whereof the party shall have been duly convicted, shall exist within the United States.” The progression from that second qualifying clause to the horrors of mass criminalization and the sprawling American prison industry is laid out by DuVernay with bracing lucidity. With a potent mixture of archival footage and testimony from a dazzling array of activists, politicians, historians, and formerly incarcerated women and men, DuVernay creates a work of grand historical synthesis.

The 13th opens NYFF and hits Netflix on October 7th.