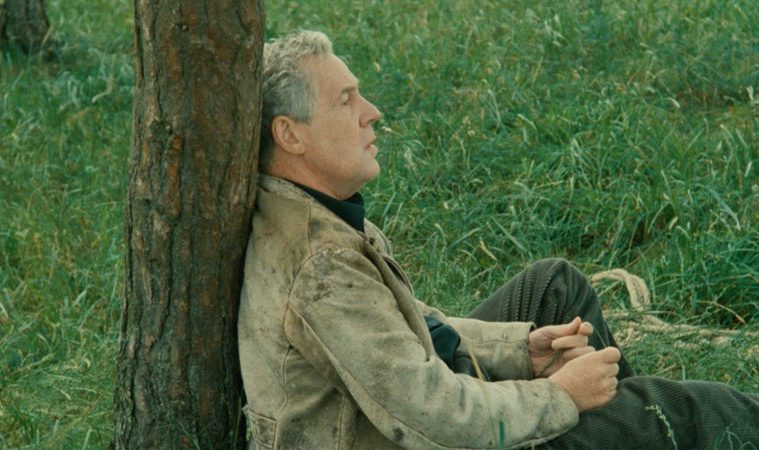 After a gorgeous restoration of his landmark existential sci-f film Stalker earlier this year, another Andrei Tarkovsky masterpiece has been remastered and is coming to theaters. The director’s final film, The Sacrifice, has recently undergone a 4K restoration and ahead of a screening at New York Film Festival and theatrical run starting at the Film Society of Lincoln Center, a new trailer has arrived.

Judging from the trailer, this restoration does justice to Tarkovsky’s swan song with no shortages of haunting imagery. The Sweden-shot film follows an upper-class family who learns World War III is upon them. Starring Sven Vollter, Alexander Erland Josephson, Allan Edwall, Valerie Mairesse, Gudron S Gisladottir, and Susan Fleetwood, check out the trailer and poster below.

The sacrifice in Andrei Tarkovsky’s final film, completed only months before his death from cancer at the age of 54, is performed by Alexander, an aging professor who strikes a deal with God in order to avert humankind’s self-obliteration after the sudden outbreak of World War III. The Sacrifice is a work made under the sign of one of Tarkovsky’s masters, Ingmar Bergman: the film was shot in Swedish with several of Bergman’s principal actors, including Erland Josephson in the lead, and his DP Sven Nykvist. It is, most certainly, a final testament. But it is also, like every Tarkovsky film, a plunge into the uncanny and the uncharted. A Kino Lorber release.

The Sacrifice opens at Film Society of Lincoln Center on October 20 and expands through early 2018. See all the dates here.