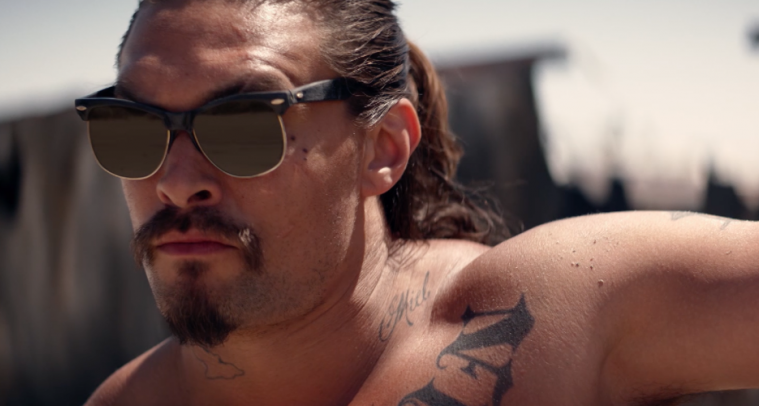 A Girl Walks Home Alone at Night was one of our favorite debuts of its respective year, an impeccably photographed vampire tale that brought new blood to the subgenre. After a fall festival premiere at Venice, followed by a stop at TIFF, Ana Lily Amirpour‘s follow-up The Bad Batch is now finally arriving this summer. With a cast featuring Jason Momoa, Jim Carrey, Keanu Reeves, Suki Waterhouse, Diego Luna, and Giovanni Ribisi, distribution shifted to the newly minted Neon and now they’ve launched the wild second trailer for the dystopic cannibal western.

As we said in our review, “Ana Lily Amirpour’s second feature shoots for Harmony Korine meets Mad Max and would have nearly almost hit the mark were it not for the gratingly aloof attitude and the swaths of directorial license being taken. The Bad Batch — an ambitious, expansive dystopian sci-fi western which features partying, drugs, and cannibals — might come as music to the ears of diehard fans of films like Spring Breakers and Gummo (a kid doesn’t quite eat spaghetti in a bathtub, but a kid does eat spaghetti after being in a bathtub). However, beneath its dazzlingly hip surface the script and characters leave much to be desired. It’s like taking a trip to Burning Man: a pseudo-spiritual, uniquely punky experience perhaps, but one that’s full of annoying rich kids and ultimately emotionally shallow.”

Check out the new trailer below:

The Bad Batch opens on June 23.