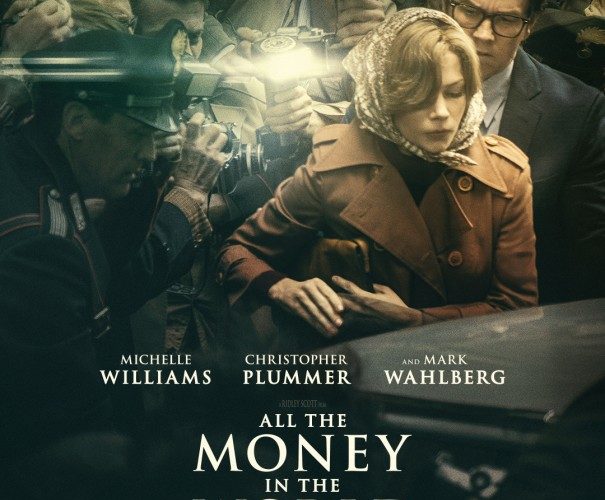 ‘All the Money in the World’ Review: Ridley Scott Probes the Veneer of High Society

The bar has never been lower for Ridley Scott. Depending on how charitable you are willing to be to the director, he has been in a slump for either one, two, or three decades. And then, of course, there are matters outside of his control: with a finished All the Money in the World in hand and ready for a prestigious Christmas release, the long-gestating public revelation of Kevin Spacey’s crimes forced Scott to cut the second-billed actor. He set out to replace him with Christopher Plummer having roughly a month to spare. The bar for All the Money in the World then became not a question of “could Ridley Scott deliver a good movie” but rather “could Ridley Scott deliver a movie at all?”

In time perhaps we will come to regard where All the Money stands as a historical artifact of a watershed moment in Hollywood’s history. For now, it should be noted that the film itself is actually good–very good, even–and exists in a space all its own. It tells the heavily-embellished story of J. Paul Getty’s (Christopher Plummer) grandson’s (Charlie Plummer) kidnapping in Italy in 1973, and the resulting duel between Getty and young Paul’s mother Abigail Harris (Michelle Williams.) Abigail is, predictably, willing to do anything to get her son back, while the cartoonish miser Getty shows no inclination to pay the ransom sought by the kidnappers.

Though Christopher Plummer’s Getty is in fewer scenes than Abigail or former-CIA-man-turned-Getty-advisor-turned-Abigail-helper Fletcher Chase (Mark Wahlberg), the man’s vast influence warps and colors every interaction in every scene of the film. Often times he is personified by his money, because much of the film is spent with the kidnapped Paul or with his mother to whom Getty’s money (or lack thereof) is of paramount importance. Still, Scott gives plenty of time for flashbacks on the establishment of the Getty empire, and is often sidetracked by the elder Getty’s quixotic pursuits of art and other things. A flashback in which Getty waxes lyrical about his past life as a Roman emperor makes one wonder how Getty could be so self-deluded, a point underscored by the film’s insistence on inserting scenes like this into the ticking-clock kidnapping plot.

To the Plummer question, he gives an assured performance. (It should be said that the Plummer reshoots slot seemingly without effort into the rest of the film. Trying to think about how this got pulled off on a technical level makes the film entertaining on those grounds alone.) He is all genteel charm, even as he is called upon to deliver lines of equal parts political cartoon businessman greed and Klaus Kinski-esque megalomania. The contrast between performance style and dialogue content sells the latent sarcasm of most of the scenes.

You would be forgiven for not expecting too much in the way of humor, but make no mistake, the humor is there. All the Money in the World is full of sight gags and clever turns of phrase. Many lines of dialogue or scenes repeat themselves in flashback and in present day. The adage “first as tragedy, then as farce” could be seen as a template for the film’s structure. Multiple supporting characters ask Abigail character whether she regards her son’s kidnapping as “a joke,” something she herself asks when she first hears the news. She does not, but whether the film does demands greater scrutiny.

Scott takes a skeptical, at times dismissive view towards Getty’s penchant for art collection. In one scene, the viewer is led to believe that Getty is paying for the release of his grandson, when in fact he is simply buying another painting. These sly tricks are part and parcel of the film’s style, and it is just one example of a lurid and brazen approach to narrative that becomes downright sleazy. This is in keeping with Scott’s primary visual and thematic interests. Getty loves artwork or “things” over people, because as he puts it, “they are what they seem to be.” His purported love of his family is a sham, and his habit of collecting art is one of the emptiest forms of greed. In All the Money in the World, Getty’s world is one of cold, hollow spaces, ironically overflowing with clutter. And Scott has made a film which, on the surface, has all the trappings of high society, but with the slightest scratching away of the veneer reveals itself to be trash.

All the Money in the World is now in wide release.