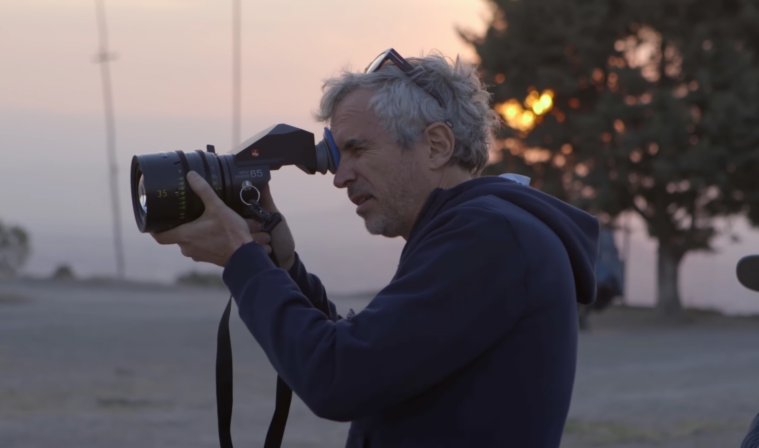 Today brings some good and some bad news when it comes to the next film from Alfonso Cuarón. First up, we’ll deal with the latter: once imagined to be a fall 2017 premiere, it looks like Roma won’t get a release until 2018. As for the good news, our first official behind-the-scenes look at the film has arrived.

His Gravity follow-up is a small-scale drama that chronicles a year in the life of a middle-class family in Mexico City in the early 1970s. “[Guillermo del Toro] told me that certain movies are like a box of cereal with prize included, because when you’re a kid, you end it all up to know what you got,” the director recently said. “Gravity was for me that little toy and I made the decision to use it to go back to Mexico and make the film I had always dreamed of.”

Shot by Galo Olivares (see his work here), the first footage, courtesy of Indiewire, doesn’t give away much of the story, but does provide a strong sense of the Mexican locale. As we await on more details, check out the first sneak peek below.