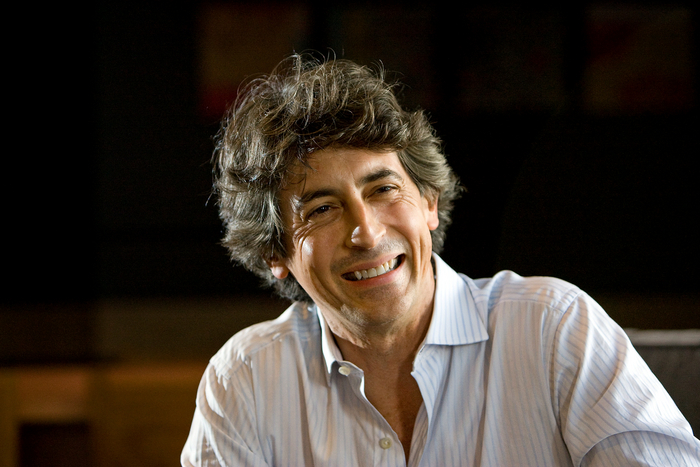 With production about halfway over, we’re beginning to get more details on Alexander Payne‘s next drama, Nebraska. Heading back to his home state, we know the black-and-white production project stars Bruce Dern, Will Forte, Bob Odenkirk, Devin Ratray and Stacy Keach. Following up The Descendants, the story follows a curmudgeonly old drunk who believes he’s won a million dollars from a sweepstakes and drags his son on a roadtrip to collect the prize.

Thanks to an extensive article over at the Omaha-based publication The Reader, featuring interviews with Payne and other crew, more of the project has now come into focus. When the project first came about, Payne discusses how he read the original script from Bob Nelson back before making Sideways and adored the “simplicity” of this story of self-discovery — a major theme in most of his movies — but opted out of directing then, as to not make another road trip movie right away.

Nearly a decade later Payne has made it his next film and he talks about what drew him to the project initially, saying, “I liked its austerity, I liked its deadpan humor, I like how the writer clearly was writing about people he knew and representing them faithfully to a certain degree but also sardonically. And I’ve never seen a deadpan, almost Jim Jarmusch sort of comedy that takes place in rural Nebraska.” The film holds another major connection to Jarmusch, as Payne and frequent cinematographer Phedon Papamichael have opted to shoot the film in black-and-white.

By using a high contrast film stock from 1970s, one that’s described as being “less sharp or defined,” it will add to an overall pallette that focuses on natural lighting and texture. In addition to adding film grain in post-production Papamichael said, “we’re really coming to appreciate and love the poetic power of the black and white in combination with these landscapes and of course the landscapes are playing a huge role in this story. It’s scaling the human drama and comedy with this vast landscape. It’s a road movie but it’s also a very intimate, small personal story.”

Payne even goes on to say that mixing the fall setting with the B&W approach is helping to produce a “timeless quality” found in a rural American small town — one that will give him an “iconic, archetypal look.” As for inspiration, even though he has seen the classics (specifically calling out The Last Picture Show), he said they are simply going to “follow instinct” on this one, but it hasn’t been an easy road. With opposition from Paramount — who wanted the film to be shot in color — the filmmakers didn’t get as much many as they could have, but producers finally agreed on a budget.’

While Nebraska aims for a 2013 release after post-production concludes in the spring, Payne is wasting little time getting his next project going. First rumored nearly two years ago, the director has confirmed plans to shoot an adaptation of Daniel Clowes’ graphic novel Wilson in San Francisco next fall for Fox Searchlight. Check out a synopsis of that below, along with an extended synopsis of Nebraska, thanks to The Reader article.

Wilson tells the story of an opinionated middle-aged loner who loves his dog and maybe nobody else. He begins a quest to find human connection, badgering friends and strangers into a series of one-sided conversations that get derailed by his brutally honest sense of humor. When his father dies, Wilson is really alone and sets out to find his ex-wife in hopes of rekindling their long dead relationship. In the process, he discovers he has a teen daughter, who was born after the marriage ended and given up for adoption. He becomes determined to reconnect all three of them as a family. You know that can’t end well.

The bickering father-son of Nebraska, Woody (Bruce Dern) and David (Will Forte), hold different agendas for their trek along the highways and byways of Montana, Wyoming, South Dakota and northern Nebraska. Woody, a unrepentant, alcoholic old coot estranged from everyone in his life, is hellbent on collecting a sweepstakes prize that doesn’t exist. David, the good-hearted but exasperated son, decides to placate his pops by promising to drive him from Billings. Mont. to the prize company’s home office in Lincoln, Neb. by way of several detours. He’s sure his father will come to his senses long before their destination.

This mismatched pair’s road-less-traveled adventure in the son’s car finds them passing through Woody’s old haunts, including his hometown, the fictional Hawthorne, Neb., a composite of Hartington, Wausa, Bloomfield, Norfolk and other rural burgs. At nearly every stop they encounter the detritus from Woody’s life, which like the broken down Ford pickup in his garage he can’t get to run is a shambles of regret and recrimination. Woody’s made the fool wherever he goes. A longtime nemesis, Ed Pegram (Stacy Keach), is a menacing presence. By story’s end this father-son journey turns requiem. To salve his father’s broken spirit David performs a simple act of grace that gives Woody a valedictory last laugh.

Are you looking forward to Payne’s approach with Nebraska? What about Wilson?