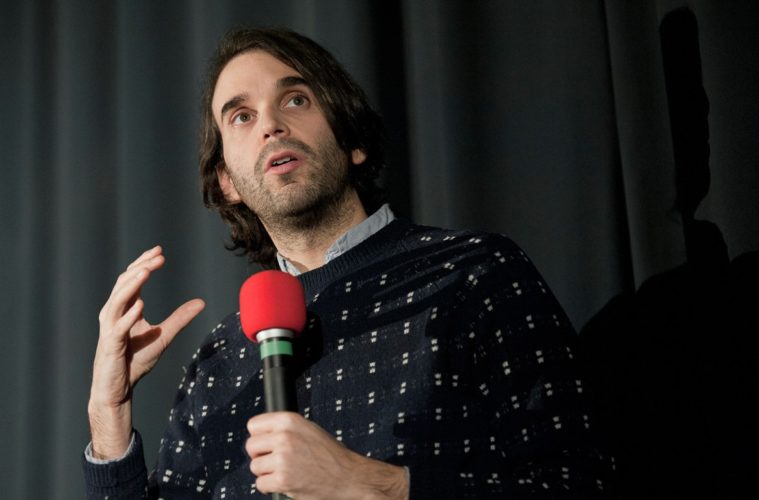 If one needed to put any sort of auteurist stamp on Alex Ross Perry‘s features, they’d be well-advised to consider these films’ (for wont of a more expressive term) literary ties. Impolex: Pynchon and Gravity’s Rainbow. The Color Wheel and Listen Up Philip: Roth, mainly, along with William Gaddis’ The Recognitions in the case of the latter. When I conducted an interview with him in October, the writer-director told me that his fourth feature, Queen of Earth, finds significant roots in the works of Edith Wharton. And, if you want to get really technical about it, Winnie the Pooh — yes, that is a thing that is happening — has a rich tradition behind it as well.

So it’s no surprise that Perry has begun angling toward a third figure in the pantheon of great modern authors, with Variety telling us he’s optioned Don DeLillo’s The Names. Though not nearly as prolific as White Noise or Underworld, it’s often considered one of the author’s greatest works. Split into four parts, it primarily centers on James Axton, an American risk analyst whose work in Greece and the Middle East finds him becoming involved with a murderous cult, all while dealing with his estranged wife, his son, and “a cast of expats who start to investigate” the group.

Given the extent to which DeLillo’s work relies on the complexities of prose, he’s hardly the most screen-friendly of authors. (This, despite Cosmopolis, the one feature-length adaptation, being a masterpiece, and how many cinematic influences his career bears.) But as someone who’s already proven that two less-than-adaptable voices can be used as the springboard for fine cinema — and who wowed one of our critics with his as-yet-unreleased latest — Perry is a plenty viable candidate to do him service. “Adaptable” or not, I’m ecstatic to see how The Names comes together.

Have you read DeLillo’s novel? Do you think Perry can do it justice?