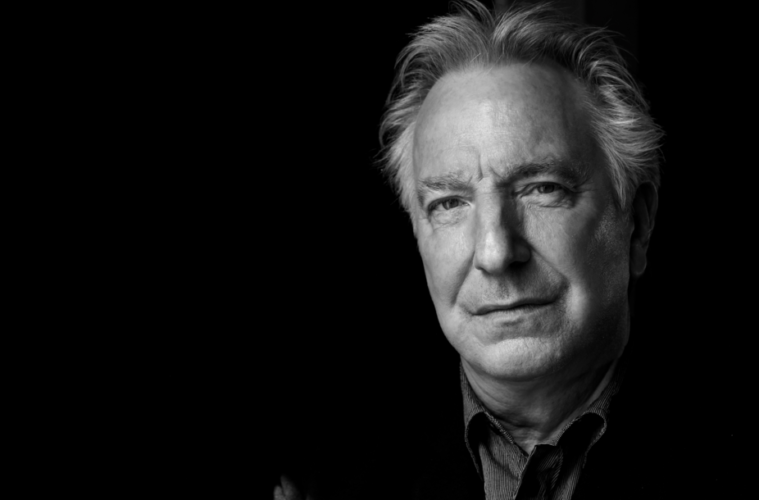 Listen to a one-hour career-spanning BAFTA talk with the late Alan Rickman from last year (via Refocused Media):

Rolling Stone‘s David Ehrlich looks at the best use of David Bowie music in movies:

There are very few films that wouldn’t be made better by the right Bowie song, or even the wrong one. For the vast majority of his working life, however, Bowie was unfortunately — if understandably — reluctant to lend his music to other artists. It wasn’t until the Nineties, when the Man Who Sold the World also found the smartest way to license it, that Bowie softened his stance. Predicting that technology was going to permanently reshape the music industry and annihilate the value of pre-existing copyright laws, Bowie realized that “Authorship and intellectual property is in for a bashing,” and decided not to get in its way. As a result, the last two decades have seen a sharp uptick in the number of movies that have been graced with his voice.

Watch a 30-minute talk with the Oscar-nominated Charlotte Rampling and Andrew Haigh for 45 Years:

Marya E. Gates wraps up her year of watching films from female directors:

But, seriously, I found myself acutely aware of a lot of unconscious bias in films made by men and I just couldn’t ignore it anymore. So, now that 2015 is gone and A Year With Women is over, I’m still probably going to gravitate towards films by women more often that I will films by men. Will I catch up with all the films directed by men that I “missed” in 2015? Probably not. There are a few films I want to see (Mad Max: Fury Road! Paddington!), but mostly I’m kind of glad I had a good excuse to skip a lot of the prestige films and box office sensations this year. I am, however, looking forward to jumping back into my love affair with classic cinema and TCM. I have missed the channel so.