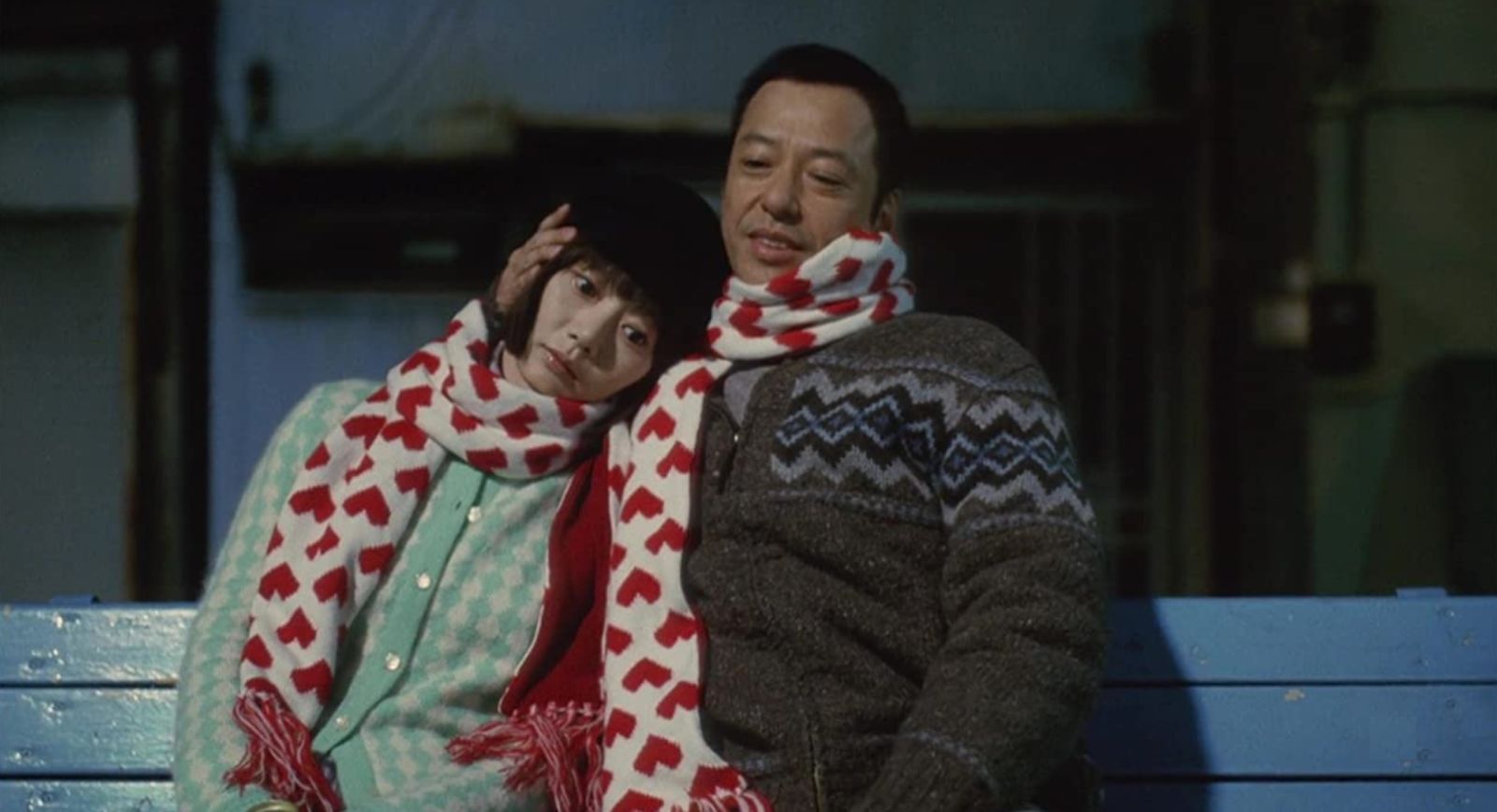 Despite coming from one of international cinema’s foremost working filmmakers, Hirokazu Kore-eda’s 2009 film Air Doll had never seen a release in the U.S. Adapted by Kore-eda from Yoshiie Gōda’s manga series Kuuki Ningyo, it’s a modern retelling of the Galatea myth—in which the king Pygmalion fell in love with his ivory statue and the goddess Aphrodite brought the statue to life. For a 21st-century spin on the tale, Kore-eda naturally updated the statue to a blow-up sex doll, played by Bae Doona (Cloud Atlas, Sense8).

We begin with Nozomi (Doona) as the property of lonely middle-aged man Hideo (Itsuji Itao), who treats her as if she were a real human being—mostly. He takes her on walks in a wheelchair, sits with her at the park, and eats dinner with her, having lively conversation as though talking to someone who could speak back. Of course that humanity all disappears when he wants to have intercourse, forcing himself inside Nozomi as her blank expression waits for him to finish and clean her engineered parts.

When Hideo goes to work, Nozomi pulls a Toy Story and comes to life. Unlike Andy’s toys, however, her form shifts so she becomes slightly more humanized leaving the home to begin exploring the world. In a fable-like structure, Nozomi slowly begins building connections with other people when she’s allowed to exist, even working a video store with Junichi (Arata), with whom she starts developing romantic chemistry. Throughout the day these relationships teach Nozomi about the world—the confusing mixture of beauty and cruelty that makes existence so achingly human.

In the evenings Nozomi heads back home before Hideo gets there, upon which she returns to her doll-like form for him to continue treating her as an inanimate object, there simply to give him what he’s after and nothing else. We hear the internal dialogue Nozomi has during these encounters, often repeating to herself that she is an air doll, but Hideo hears nothing. Perhaps even if she spoke these words aloud he still wouldn’t hear.

Sitting in the park alone, Nozomi strikes up conversation with an old man who tells her about the mayfly, a creature that dies a day or two after it gives birth. As a result the fly has no intestines or stomach. Its body is empty, only filled with eggs. It only exists to give birth. The man calls the mayfly pointless, stating that humans are the same way. It’s a painful story for Nozomi to hear, as it conceivably represents so much of her own existence—she is empty, and her existence will eventually prove without value, or so she thinks.

As Nozomi becomes more and more in touch with her humanity she begins feeling the pain of what it means to be alive. She experiences heartache, desire, curiosity, almost unbearable loneliness as she makes her way in the world and sees how people treat one another. While Air Doll can draw ready comparisons to fairy tales like Pinocchio, it also in a way resembles a story like Dogville, as we see Nozomi come to represent this vessel through which people expose their darkest inner truths because they don’t see her as human—even some who don’t know that she’s a doll come to life.

Hearing the word “sex doll” conjures something salacious for any prospective viewer, and “sex doll come to life” could easily have been a plot for some juvenile early-2000s Adam Sandler comedy. Like Lars and the Real Girl, which debuted two years prior to Air Doll, Kore-eda utilizes this modern invention to examine the way we all build relationships in this world—with each other, with ourselves, and with the world around us. Kore-eda’s preoccupations with death are on firm display here yet again, and over time Nozomi sees that even if there is a painful impermanence when it comes to living, we all leave something of us behind after we go.