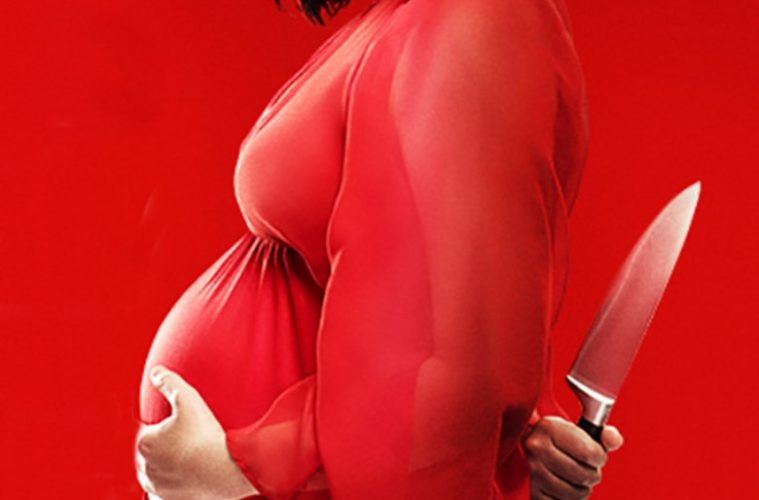 Veering between dark comedy and somber drama is a flavor of the times in indie film, but Prevenge puts a new spin on this, tying those emotional shifts more directly to the mindset of its lead character than any other movie of its ilk has yet. That’s because the lead is heavily pregnant. Combine that with serial killing, and the stage is set for an agreeably bloody-minded oddball of a film.

Ruth (writer/director Alice Lowe) is introduced with every cinematic indication of impending victimhood. The seemingly unassuming mother-to-be walks into a pet shop, where a leering, creepy employee and a throng of hissing insects and reptiles blare predatory hostility. And then Ruth slits the guy’s throat without hesitation. The film then follows her on the rest of her killing spree, a cutesy Kill Bill mission with a hit list doodled sunnily in a Mommy & Me notebook. It’s soon revealed that Ruth hears her unborn daughter urging her to commit these murders, and what each victim has in common gradually unspools for the audience.

With characteristic irritating good cheer, Ruth’s unnamed doctor (Jo Hartley) tells her, “You have no control over your mind or body anymore.” And indeed, many of Ruth’s encounters serve to reinforce the maelstrom her life has become. Her victims each represent some facet of society’s hostility to either women in general or mothers specifically, from a vile DJ who hits on her incessantly to a condescending HR manager who rejects a job application because of her “condition.” For each killing, Ruth assumes the costume she needs to not be taken seriously – a clubgoer, a would-be office drone. In playing along until it’s time to strike, she feels some amount of power. It’s all too appropriate that she puts on skeleton makeup to perform the final murder on Halloween. All the while, her foul-mouthed fetus spurs her on. It’s quite fun!

Lowe keeps Prevenge on a low hum of casual absurdity. After gelding the DJ and watching him bleed out, Ruth gently leads his dementia-addled mother back to bed and tucks her in. It doesn’t let the audience simply laugh along, either, often using its quieter moments to reflect on Ruth’s absolute misery, as she’s alone in her life and her own body and brain have turned against her, all for the sake of an enigmatic, terrifying future encapsulated within her swollen tummy. Conceived out of Lowe’s own experiences with pregnancy and shot while she was herself seven months along, the movie is a distinct blend of black humor, viciousness, body horror, and pathos.

Prevenge screened at AFI Fest 2016 and opens on March 24.