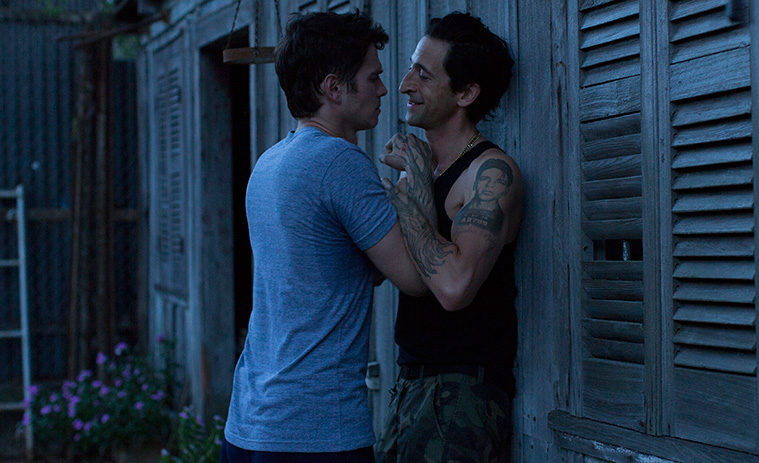 While he played a deliciously evil villain in this year’s The Grand Budapest Hotel, when it comes to the recent leading roles of Adrien Brody, they’ve been less-than-inspired, to say the least. Such looks to be the case with a project he debuted at Toronto International Film Festival the fall: the crime drama American Heist.

Directed by Sarik Andreasyan, the drama pairs him with Hayden Christensen, Jordana Brewster, Tory Kittles, and Aliaune Thiam (aka Akon), and today the first trailer has landed. The story follows brothers, one trying to get his life in order and the other recently released from prison, as they plan to rob a bank — you guessed it — one last time. With generic lines and a fairly cheap aesthetic, we can’t say we’re looking forward to this one, but check it out for yourself below.

James (Hayden Christensen) has a checkered past, but he’s trying to put his life on the straight and narrow. He has a decent job in an auto shop, plans to start his own business, and there’s even the promise of love on the horizon. But one day, before his dream can become a reality, he opens his front door to find his older brother Frankie (Adrien Brody), recently released from a ten-year stretch in prison. Frankie has some money-making strategies of his own, and he needs James to help him one last time — in a spectacularly elaborate bank heist. Even though it’s Frankie’s influence that James is trying to escape, he finds himself drawn into the unsavoury plan due to a combination of guilt, greed, and misguided brotherly devotion. American Heist will likely be released next year.