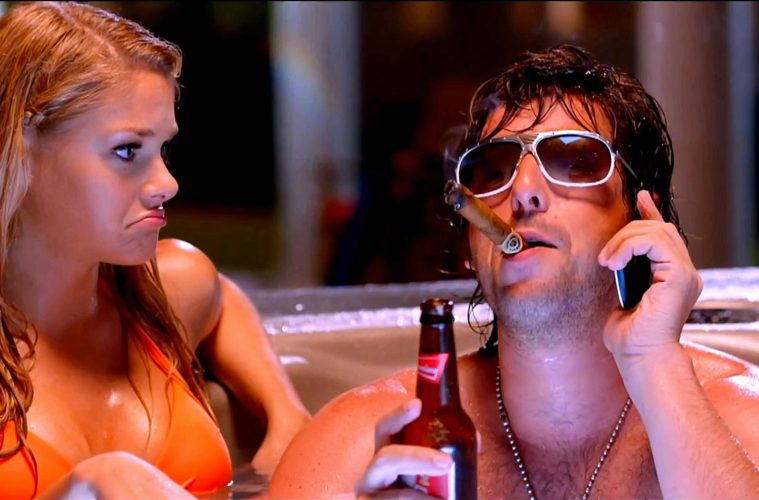 While That’s My Boy looked like a step below their other comedies like Sex Drive and Hot Tub Time Machine, it was a bit disappointing to see the widespread disdain at the red band trailer for the next film from the duo Sean Anders and John Morris. It was great to see Adam Sandler not in a Dennis Dugan film and I actually thought the tease provided a few laughs (the biggest being Sandler taking family advice from a visually displeasing, overweight stripper that might be a male).

We’ll, we’ve got a new green band trailer today and the added jokes actually work well. We learn just how Sandler had his son (Andy Samberg) at such a young age and some of the terrible things he did while parenting (including an awesome tattoo). This will certainly the low of lowbrow when it comes to summer comedies, but I’d be surprised if I’m not laughing all the way through. And Vanilla Ice is part of the cast. Check it out below via MTV along with a new poster. While still in his teens, Donny (Adam Sandler) fathered a son, Todd (Andy Samberg), and raised him as a single parent up until Todd’s 18th birthday. Now, after not seeing each other for years, Todd’s world comes crashing down on the eve of his wedding when an uninvited Donny suddenly shows up. Trying desperately to reconnect with his son, Donny is now forced to deal with the repercussions of his bad parenting skills.