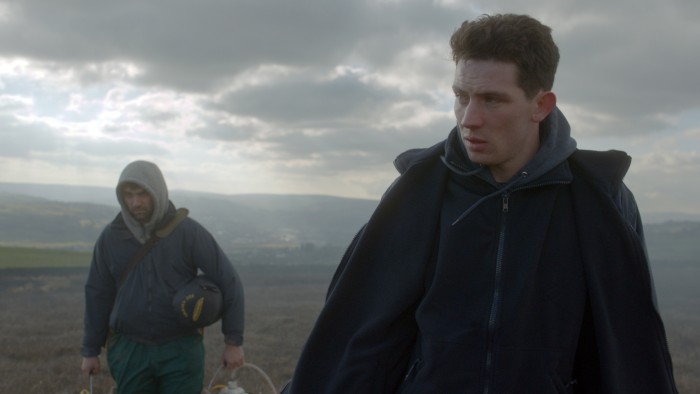 One of our favorite debuts of the year so far is Francis Lee‘s God’s Own Country, a gay romance set in the harsh countryside in the Yorkshire Moors of northern England. Starring Josh O’Connor as farmer joined by a Romanian worker (Alec Secareanu), it picked up a directing award at Sundance in its : World Cinema Dramatic and ahead of a U.S. release, it’ll arrive in the U.K. this September and now the first trailer has landed.

“British filmmakers have a recent habit of bringing about canonical additions to UK queer cinema with their debuts. Andrew Haigh’s heartbreaking romance Weekend and Hong Khaou’s moving Lilting are now joined by Francis Lee’s gay romance God’s Own Country, a bold and brilliant drama rightfully garnering Brokeback Mountain comparisons out of its Sundance Film Festival berth,” we said in our review. “Anchored by a quartet of heartfelt performances and tapping into zeitgeisty conflicts between working-class England and growing EU immigration, it’s hard to imagine a more bracingly open-hearted film coming out of Brexit Britain today.”

Check out the trailer below thanks to Empire.

Spring. Yorkshire, England. Johnny Saxby, a 25-year-old sheep farmer, has sacrificed going away to college or getting a job in town to run the family farm for his ailing father, Martin (Ian Hart), and stoic grandmother Deirdre (Gemma Jones), numbing the daily frustration of his desolate life with binge drinking and casual sex. As lambing season approaches, Martin hires a Romanian migrant worker, Gheorghe, to assist the already exhausted Johnny.

Johnny bitterly resents Gheorghe, stubbornly insisting he can cope on his own, but Gheorghe proves he not only understands this farming life, but more importantly, he understands Johnny.

God’s Own Country hits U.K. theaters on September 1 and will be released in the U.S. by Samuel Goldwyn Films.