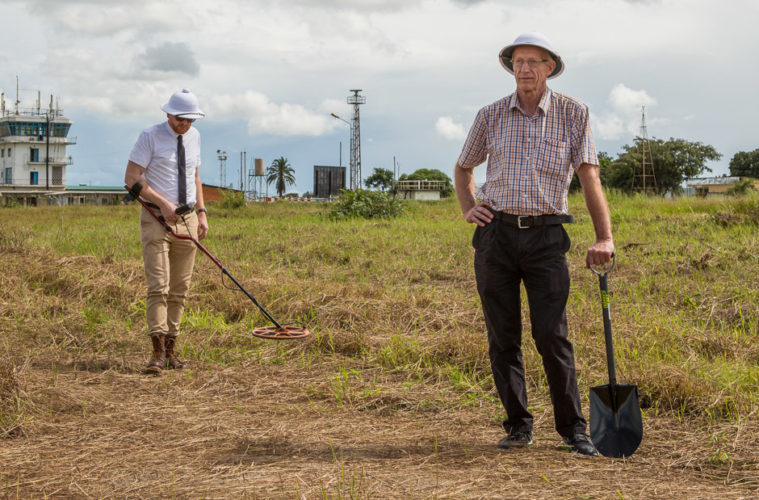 One of the most gripping, terrifying films of the year starts fairly inconspicuously, before it unfolds into something far more substantial and affecting. In 1961, Secretary-General of the United Nations Dag Hammarskjöld was killed in a plane crash in Africa under mysterious circumstances. Beginning as an investigation into his still-unsolved death, the trail that Mads Brügger follows in Cold Case Hammarskjöld is one that expands to implicate some of the world’s most powerful governments in unfathomably heinous crimes. Following a premiere at Sundance, a new trailer has now arrived ahead of an August release, featuring a quote from our review.

I said in my review, “Sitting down for the documentary, I had virtually no knowledge or interest in a Swedish Secretary-General who died over half-a-century ago. By the first half, I was fully invested in the case. At the finale, I was reeling from the atrocities that were uncovered and enraged that it has taken this long to bring them to the surface. If it wasn’t for Brügger’s desire for the truth, they may have stayed dormant forever, and that precise depiction of the grueling investigative process, along with the staggering revelations found therein, makes Cold Case essential viewing.”

In 1961, United Nations’ secretary-general Dag Hammarskjöld’s plane mysteriously crashed, killing Hammarskjöld and most of the crew. It’s understood that because Hammarskjöld was, at the time, advocating for Congo’s independence (against the wishes of European mining companies and other powerful entities), the “crash” was an assassination. With the case still unsolved 50-plus years later, Danish journalist, filmmaker, and provocateur Mads Brügger (The Red Chapel, The Ambassador) leads us down an investigative rabbit hole to unearth the truth. He, his Swedish private-investigator sidekick, and a host of co-conspirators tirelessly pursue a winding trail of clues, but they turn up more mysteries than revelations. Scores of false starts, dead ends, and elusive interviews later, they begin to sniff out something more monumental than anything they’d initially imagined.

In his signature agitprop style, Brügger becomes both filmmaker and subject, challenging the very nature of truth by “performing” the role of truth seeker. As Brügger uncovers a critical secret that could send shockwaves around the world, we realize that sometimes absurdity and irony are the emboldening ingredients needed to confront what’s truly sinister.

Cold Case Hammarskjöld will be released by Magnolia Pictures on August 16.