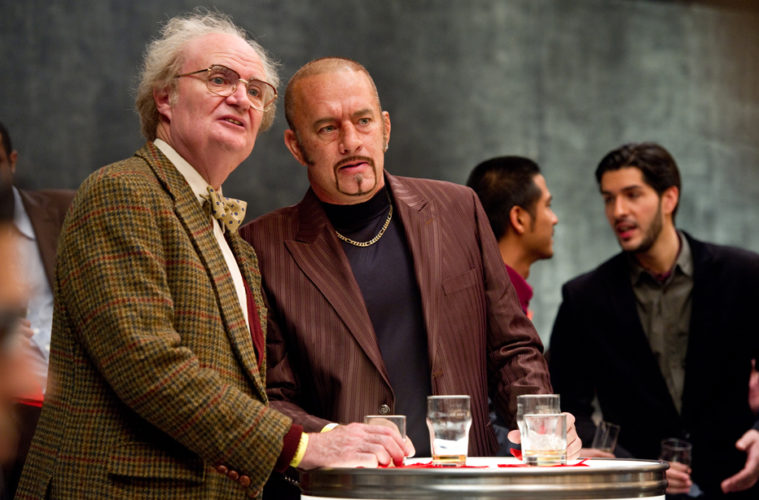 Considering the amount of genres, characters, time periods and storylines on display in Cloud Atlas, the filmmakers certainly have a wealth of cinematic history to draw upon — yet by most accounts (including our own) they’ve delivered something unlike anything we’ve seen before in theaters. Tied into this weekend’s release, we’ve attempted to take a look at five different films that are worth brushing up on before heading to see the latest creation from the Wachowskis and Tom Tykwer. Check out the rundown below and chime in with your recommendations.

How do you sequalize an uncontested masterpiece of unbearable human longing? If you’re Wong Kar-wai, the answer would be “lose half the onscreen duo, dedicate entire portions (of your period piece!) to a neon-lit, future landscape of Asia, then trust the audience to work that all out.” Seams of Cloud Atlas may already form in your head, but Wong’s devastating follow-up to In the Mood for Love is a more centralized story that uses futuristic tethers as a way of tackling personal grief. If you’ve seen the aforementioned film – as well as that one’s own predecessor, Days of Being Wild – I can’t recommend it more highly. If you already have, however, be warned: 2046 has the power to tear out your heart. – Nick N.

Ever first since we get the first glance at the debut six-minute trailer for Cloud Atlas, Darren Aronofsky‘s underrated gem was the first comparison to spring to mind. While it explores half as many time periods as David Mitchell‘s novel, we travel through the past, present and future dissecting similar themes to Atlas when it comes to reincarnation and parallels, in both story and editing techniques. Both of these science-fiction films display a sense of wonder and ambition that is all-too-rare in the genre.  – Jordan R.

While D.W. Griffith‘s classic is coming up on its 100th anniversary, its influence still reverberates through just about every film coming through Hollywood — and it has rarely been more apparent than with Cloud Atlas. This 1916 film, employing radical cross-cutting for its time, takes a look at four separate stories — including then-present day, the Renaissance, Babylon and the story of Jesus Christ — as Griffith explores themes of inhumanity, bigotry, persecution and more. In another possibly tie to Atlas, this one cost an astounding $2 million at the time and was deemed a financial failure upon release. Hopefully this year’s film doesn’t suffer the same fate, but one can legally stream Griffith’s entire nearly three-hour cut here before heading into theaters this weekend. – Jordan R.

Andrei Tarkovsky‘s sci-fi film, one of the genre’s finest, is not the most obvious choice when it comes to Cloud Atlas – it might be more opaque than any other film listed here. But it sprang to mind when yours truly pondered what makes Solaris so affecting: its depiction of an unbrekable love. Like those in the Wachowskis‘ and Tom Tykwer‘s film, astronaut Kris Kelvin knows the being in front of his own eyes is not the person he fell in love with years past, but the emotional truth behind the presence of “it” — “it” is certainly not a human being — is enough to make the man throw everything he’s ever known out the space capsule. While it’s unlikely that Cloud Atlas holds the kind of patience Tarkovsky showed off in Solaris‘ long (long) opening portion, the film will do something right if it can communicate the same mysterious, internal sensation delivered throughout. – Nick N.

This silly little B-movie played more serious when it came out in 1973, and is now timeless thanks to its iconic final line, not to mention the hilarious SNL skit featuring Phil Hartman. The makers of Cloud Atlas are clearly aware of the natural clunkiness and cheesiness that comes with bringing an imagined future to life, and use it to there advantage. They are aware that, above all else, this is supreme entertainment and any message that comes with it should be delivered with a little twinkle in the eye. – Dan M.

What films would you recommend checking out before seeing Cloud Atlas?