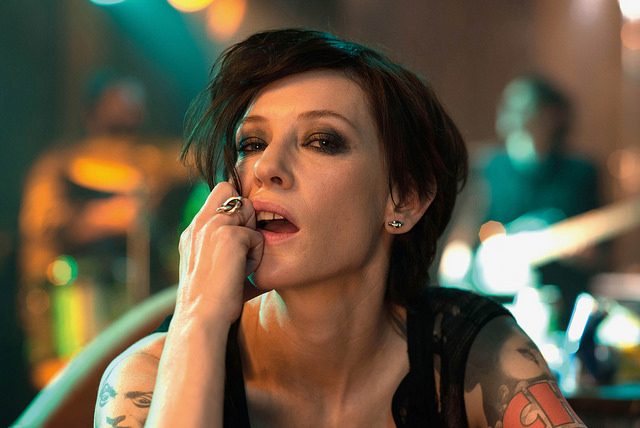 When it comes to moving pictures this month, in terms of anticipation, there’s no films that match up to new work from Wachowskis and David Lynch on the small screen, but there’s still plenty of promising options to go around. From alien attacks to European adventures (both pleasant and harrowing), some of the year’s best documentaries, the final film from a late master, and more, there’s something for everyone.

Synopsis: An absurdist war story for our times.

Why You Should See It: Brad Pitt has gone back to World War II a handful of times in the last decade or so, but this summer he’ll be taking on a more modern battle with War Machine. David Michôd‘s follow-up to The Rover is based on Michael Hastings‘ novel The Operators, which depicts the rise and fall of General Stanley McChrystal, the commanding general of international and U.S. forces in Afghanistan. Also starring Tilda Swinton, Sir Ben Kingsley, Anthony Michael Hall, Topher Grace, Will Poulter, Lakeith Stanfield, Emory Cohen, John Magaro, RJ Cyler, Alan Ruck, Scoot McNairy and Meg Tilly, this satirical comedy will hopefully flex a new muscle for Michôd after his previous films.

Synopsis: Debra Winger and Tracy Letts play a long-married, dispassionate couple who are both in the midst of serious affairs. But on the brink of calling it quits, a spark between them suddenly reignites, leading them into an impulsive romance.

Why You Should See It: As I said in my review from Tribeca, The Lovers isn’t entirely successful, but it is worth seeing for Debra Winger and Tracy Letts alone. Counterbalancing Jacobs’ accentuated approach, both Letts and Winger are in top form. The former, with his vanity-free, frame-filling presence, is a pleasure to watch as he navigates the tricky, uncomfortable waters of satisfying both his demanding mistress and renewed marital bond. The latter, although underwritten compared to Letts, delivers the film’s most emotionally honest performance, conveying a sincere indecisiveness when it comes to where her heart lies.

Synopsis: Vicki Maloney is randomly abducted from a suburban street by a disturbed couple.

Why You Should See It: We said in our review from Venice, “Director Ben Young’s feature debut is the kind of film you wish you could un-see – except not really. Sure, its extended depictions of physical and psychological abuse will upset/offend many. At the same time, there’s no denying the level of craft and performance involved that probes human depravity so compellingly, you’re left with much more than just rattled nerves and a taste of bile.”

Synopsis: Anne (Diane Lane) is at a crossroads in her life. Married to a successful but inattentive movie producer (Alec Baldwin), she unexpectedly finds herself taking a car trip from Cannes to Paris with her husband’s business associate (Arnaud Viard).

Why You Should See It: One of our favorites from TIFF last year, we said in our review, “With her last feature directorial credit being contributions to 1991’s Hearts of Darkness: A Filmmaker’s Apocalypse, Eleanor Coppola is perhaps better known as Francis Ford Coppola’s wife than a filmmaker. Yet, she triumphantly returns this year with one of the sexiest and most joyful road movies in some time with Paris Can Wait.”

11. The Survivalist (Stephen Fingleton; May 19)

Synopsis: In a time of starvation, a survivalist lives off a small plot of land hidden deep in forest. When two women seeking food and shelter discover his farm, he finds his existence threatened.

Why You Should See It: “Post-apocalyptic thrillers don’t come much leaner or meaner than Northern Irish director Stephen Fingleton’s gripping debut feature The Survivalist,” we said in our review. “The world’s population has polluted the earth to the point of extinction – a fact snappily brokered by an opening graph comparing increasing oil production to a rapid decline in the worldwide population – with the few survivors living off the scraps that the land provide. Our rugged unnamed hero (Martin McCann) lives in a rural shack surrounded by woodland, spending his days growing crops in his garden and whiling away his time looking over photos of his past, presumably long dead, wife.”

Synopsis: Two American Soldiers are trapped by a lethal sniper, with only an unsteady wall between them.

Why You Should See It: After directing one of the most entertaining sci-fi films of the century thus far with Edge of Tomorrow, Doug Liman quickly got back into the Tom Cruise business with American Made. While that film won’t arrive until this fall, we’ll soon be getting another feature from the director. Starring Aaron Taylor-Johnson and John Cena, the Amazon Studios project is a war film, but rather than taking on an epic scope, Liman looks to be exercising small-scale tension.

Synopsis: 15-year-old Jesse is the only one who witnessed the stabbing of his friend Jonas. Now he has to face his family and friends form the BMX riders crew and explain the unexplainable – how he feels about it.

Why You Should See It: After a success festival run dating back to 2014, which included winning at Berlinale for Best Feature Film, Violet, the feature directorial debut of writer-director Bas Devos, will finally hit stateside. Shot by Nicolas Karakatsanis (The Drop, Bullhead) — partially with gorgeous 8-perf 65mm film — Violet looks to be a lush, harrowing portrait of trauma and youth, and a startling debut for Devos. – Mike M.

Why You Should See It: After her lightning-in-a-bottle documentary Citizenfour, Laura Poitras is back with Risk, which has been reworked since its Cannes premiere last year. We liked her Julian Assange documentary well enough back than, saying it’s “a corroboration of our paranoia,” so hopefully this new version is even stronger.

Synopsis: A small financial institution called Abacus becomes the only company criminally indicted in the wake of the United States’ 2008 mortgage crisis.

Why You Should See It: Throughout his career, director Steve James has excelled in taking person stories of struggles (in many forms) and conveying them in a relatable, but no less comprehensive fashion. The Hoop Dreams, The Interrupters, and Life Itself director is now back with Abacus: Small Enough to Jail. We said in our review from TIFF, “That double purpose is the quiet genius of James’ latest documentary. The central story recounts the stranger-than-fiction courtroom saga of Abacus Federal Savings Bank, a family-owned Chinatown bank that is still the only bank indicted in the aftermath of the 2008 American financial crisis. But James’ priorities are less about the courtroom minutiae than the case’s reverberations through the owner Thomas Sung, his family, and their misunderstood immigrant community.”

Synopsis: The crew of the colony ship Covenant, bound for a remote planet on the far side of the galaxy, discovers what they think is an uncharted paradise. When they uncover a threat beyond their imagination, they must attempt a harrowing escape.

Why You Should See It: Even though there was more than a few issues with the script of Prometheus, Ridley Scott‘s pristine visuals was enough to recommend his return to the Alien franchise. For his next outing hopefully those issues are remedied as he looks to be getting a bit grislier, and, at the very least, his decision in making Danny McBride an action hero is nothing short of brilliant.

Why You Should See It: Cate Blanchett is back, and in more than one way this summer. Manifesto, which debuted as a multi-screen art exhibition back in 2015, has been turned into feature film form by Julian Rosefeldt and features Blanchett taking thirteen (!) different roles. While our review was mixed, my curiosity for this experimental project is strong thanks to the Carol star’s involvement.

Synopsis: After 30 years of wrongful imprisonment, a woman plans to take revenge on her former lover.

Why You Should See It: Lav Diaz’s Golden Lion winner from last year’s Venice Film Festival is getting a rare substantial release here stateside. We said in our review, “It feels like something of a surprise because, for all its extended shots, luminous black-and-white photography, and socio-historical weight, The Woman Who Left is ultimately an unostentatious work. Compared to, say, Norte, The End of History’s remarkably grim ending, with its reaches into fantasy / metaphysics (don’t forget that Tarkovsky-esque levitation), there doesn’t seem to be quite the same need to impress or belabor the point.”

Synopsis: The story of charismatic painter Wladyslaw Strzeminski, who opposed social realism and maintained his own artistic freedom in spite of political obstacles.

Why You Should See It: Passing away at the age of 90 last year, Andrzej Wajda was one of Poland’s greatest directors. Perhaps best known for his trilogy of war films, his swan song Afterimage is “a triumphant, defiant portrait of an artist whose hands are tied and nearly cut off after refusing Sovietism and embracing the utility of art as propaganda,” we said in our review.

Synopsis: A passionate holiday romance leads to an obsessive relationship, when an Australian photojournalist wakes one morning in a Berlin apartment and is unable to leave.

Why You Should See It: While the recent 10 Cloverfield Lane and Room told stories of captivity with various hooks — science-fiction and the process of healing, respectively — Cate Shortland’s approach in her latest, harrowing drama Berlin Syndrome makes room for more nuance and depth. Locked in a Berlin apartment, there is little hope for our protagonist for nearly the entire runtime. And while some of the story’s turns can feel overtly manipulative, Shortland finds a bracing humanity in depicting the perverse situation of Stockholm syndrome. Read my full review.

Synopsis: Hermia & Helena is a film of dead ends and new beginnings, navigating different hemispheres and languages with amorous detours, where the written words of Shakespeare clash with the entanglements of modern, digital life.

Why You Should See It: A few years ago we explored the filmography of one of our most under-appreciated directors, Matías Piñeiro, and now he’s back for what looks to be his most substantial release yet. We said in our review, “For beginning with a dedication to Setsuko Hara, recently departed muse of Ozu and Naruse, Hermia & Helena — the new film by Viola and The Princess of France director Matías Piñeiro — perhaps aligns us to be especially attuned to the Argentinian auteur’s use of female collaborators. One to already emphasize the charisma and big-screen friendly faces of frequent stars Agustina Munoz and Maria Villar, he still seems to have an ability to make them points of representation, not fetish.”