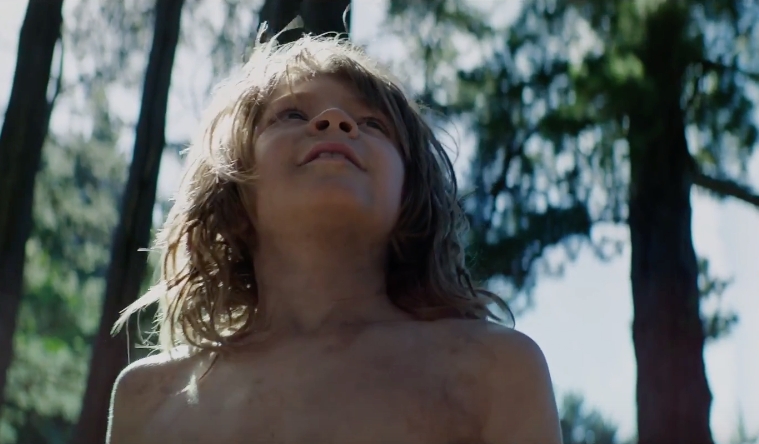 August can often be thought of as a January-esque dumping ground for Hollywood, and that notion is certainly refuted when looking at this month’s releases. With one of the summer’s best studio offerings, a few more more promising ones, and some of our festival favorites from the last year (and even further back), there is no shortage of promising options. We should also note that Multiple Maniacs, Elevator to the Gallows, and Howards End are all getting substantial theatrical re-releases throughout the month, so seek those restorations if they are coming near you.

Synopsis: A weekend getaway for four couples takes a sharp turn when one of the couples discovers the entire trip was orchestrated to host an intervention on their marriage.

Why You Should See It: As I said in my review, “While The Big Chill certainly wasn’t the first of its kind, Lawrence Kasdan’s 1983 hit has become a cultural benchmark for the glut of features depicting a weekend outing between twenty/thirty-somethings in which insecurities are divulged amongst the entertaining banter. With their one-location setting and small-scale drama helping budget costs, Sundance seems to premiere a fair share of them. The latest is The Intervention, coming from actor-turned-director Clea DuVall, an enjoyable, if ultimately muddled character-focused diversion.”

Synopsis: An ex-con reunites with his estranged wayward 16-year old daughter to protect her from drug dealers who are trying to kill her.

Why You Should See It: It’s been four years since Mel Gibson last led a feature, but he’s back this year on both sides of the camera. We’ll later see his first directorial effort in a decade, the Andrew Garfield-led WWII drama Hacksaw Ridge, but first we have Blood Father, an actioner directed by Jean-François Richet (Mesrine). Also starring William H. Macy, Diego Luna, Michael Parks, and Richard Cabral, it’s received mostly positive reviews since a Cannes premiere, and it’ll arrive at the end of this month.

Synopsis: A little girl lives in a very grown-up world with her mother, who tries to prepare her for it. Her neighbor, the Aviator, introduces the girl to an extraordinary world where anything is possible, the world of the Little Prince.

Why You Should See It: Following its premiere at Cannes last year, Paramount Pictures picked up the animation The Little Prince, based on Antoine de Saint-Exupéry‘s famous 1943 novel and adapted by The Boxtrolls‘ Irena Brignull. However, just a short time before it was set to be released this past March, they unceremoniously dumped it. Thankfully, Netflix came to the rescue and it’ll now be released on their platform and in select theaters this week.

Synopsis: On the slopes of an active volcano in Guatemala, a marriage is arranged for 17-year-old Maria by her Kaqchikel parents

Why You Should See It:  Guatemala’s entry for the Foreign Language Oscar is finally arriving into U.S. theaters this month. We said in our review that it’s an “absorbing, beautifully shot drama of cultural ritual and the drive of one young woman to escape a rudimentary social system. Set in a small coffee plantation village under the shadow of a giant volcano (the Ixcanul of the title), we follow Maria (Maria Mercedes Coroy), a quiet, introvert teenager who nonetheless dreams of shaping her own destiny.”

Synopsis: The honorable citizen Nils ploughs snow in the wild winter mountains of Norway, when his son is mistakenly murdered, Nils takes action, which ignites a war between the vegan gangster “the Count” and the Serbian mafia boss Papa.

Why You Should See It: Before Liam Neeson leads a Hollywood remake, Magnolia Pictures is giving one the chance to check out this recommended Norwegian crime drama this month. As we said in our review from a few years back, “Time is spent giving the criminals, the protagonists, and everyone in between shades of grey and character backstory that ends up rounding things out. This is a smart decision by director Hans Petter Moland as it makes even the people you are supposed to dislike someone you feel you should have a rooting interest in. Set against a gorgeous Norwegian backdrop, this is a film with clear, concise execution, employing the kind of simplicity boosts the enjoyment factor.”

Synopsis: An animated movie about one sausage’s quest to discover the truth about his existence.

Why You Should See It: We didn’t quite expect this to happen, but the next project from Megan Ellison‘s Annapurna Pictures is none other than Seth Rogen‘s R-rated take on animation. It also features James Franco, Jonah Hill, Kristen Wiig, Salma Hayek, Edward Norton, David Krumholtz, Nick Kroll, Michael Cera, Craig Robinson, Bill Hader, Anders Holm, Paul Rudd, Danny McBride, and more, and since its work-in-progress screening at SXSW, those that have been enthusiastic about it are really enthusiastic.

Synopsis: Margherita, a director in the middle of an existential crisis, has to deal with the inevitable and still unacceptable loss of her mother.

Why You Should See It: Although it faced distributor woes, Nanni Moretti’s Cannes drama will finally arrive in theaters this month. It was Cahiers du Cinéma‘s favorite film of last year, and we also found some things to like, saying in our review that “the formal modesty of My Mother is not without its charms, such as when Margherita’s daughter driving slowly on her scooter to Jarvis Cocker’s ‘Baby’s Coming Back to Me’ (used multiple times in the film) capturing a small, everyday joy.

Synopsis: Chronicles the summer 1989 afternoon when the future President of the United States of America, Barack Obama, wooed his future First Lady on an epic first date across Chicago’s South Side.

Why You Should See It: As I said in my review, “In a news cycle which can often make our leaders seem like impassive mouthpieces, Southside with You exceeds in humanizing them. Most nuanced and effective in the feeling of getting to know someone the first time, when the evident foretelling is put to the side, this is simply an absorbing love story.”

Synopsis: A young boy named Kubo must locate a magical suit of armor worn by his late father in order to defeat a vengeful spirit from the past.

Why You Should See It: Considering we’re not allowed to say anything about what we thought of Kubo and the Two Strings until mid-August, we’ll simply state the facts: Laika has previously crafted some of the finest-looking animations in the field over these last few years, so you should probably get on board for this one.

Synopsis: Werner Herzog’s exploration of the Internet and the connected world.

Why You Should See It: I said in my review, “From the grand, savage outdoors to the inner chambers of those awaiting certain death, Werner Herzog has gone to the ends of the Earth to capture our innermost dreams and fears in his documentaries. For his latest, Lo and Behold: Reveries of The Connected World, he looks to the unwieldy unknown of the Internet and how its evolution has immensely affected the way we communicate, for better or worse.  Told in 10 distinct chapters, from “The Early Days” to “The Future,” each has enough intriguing substance to be the foundation of its own documentary, which makes Herzog’s latest a rapidly entertaining ride through the rise of technology where certain sections might feel thematically underdeveloped.”

Synopsis: A new pair of best friends have their bond tested by their parents’ battle over a dress shop lease.

Why You Should See It:  After delivering one of the finest dramas of its respective year with Love is Strange, writer-director Ira Sachs has returned with Little Men. I found a great deal to admire in Sachs’ tenderly observed drama, which depicts the economic shifts of gentrification and how it can spiral down into the most innocent of friendships. One can also check out our review from Sundance, where we were a bit more mixed.

Synopsis: The romantic and coming-of-age misadventures of a 13-year-old American living in Germany.

Why You Should See It: As I said in my review, “Coming to Sundance with his tender character study This is Martin Bonner a few years back, director Chad Hartigan triumphantly returns with the coming-of-age comedy Morris from America, a stylistic leap forward that still retains a keen sense of humanity. Telling the story of our title character attempting to keep his identity while making friends in the foreign land of Germany, it’s also an acutely funny testament to single parenting and the specific bond it fosters when both sides put in their all.”

Synopsis: A divorced dad and his ex-con brother resort to a desperate scheme in order to save their family’s farm in West Texas.

Why You Should See It: If one was a fan of Sicario, but isn’t necessarily looking forward to the forthcoming sequels, look no further than the latest film from writer Taylor Sheridan. This was one of the Cannes Film Festival’s surprises, and we said in our review, “David McKenzie’s Hell or High Water is a gritty, darkly humorous, and fiendishly violent neo-western. Or, in other words, the type of film you might expect from a non-American director working in the United States. It borrows heavily from the Coen brothers and Cormac McCarthy, but it does so very well, thanks largely to a terrific script from Taylor Sheridan, the red-hot actor-turned-screenwriter who broke onto the scene last year with Sicario.”

Synopsis: The adventures of an orphaned boy named Pete and his best friend Elliot, who just so happens to be a dragon.

Why You Should See It: As I said in my review, “Unburdened by expectations — unlike some Sundance alums who have carried the weight of Hollywood’s biggest franchises — David Lowery is the ideal director to take on a new version of this fantastical adventure about a boy and his best friend. Carrying on a lyrical, timeless approach that served his break-out drama Ain’t The Bodies Saints so well, his update of Pete’s Dragon has an emotional sensitivity, aesthetic clarity, and all-around sense of fun that creates what feels like an unearned miracle in the current summer tentpole season.”

Synopsis: Actress Kate Lyn Sheil prepares to portray the role of Christine Chubbuck, a real-life news reporter who killed herself on national television in 1974.

Why You Should See It: The finest film we saw at Sundance this year — and one of the year’s best — will be arriving at the end of this month. We said in our review “Actors put themselves in others’ skins — or they put others’ heads inside their own. Television journalists adopt a persona and try to deliver important information. Women erect calculated fronts to navigate environments not built for them. Many people suffering mental illness do their best to maintain a semblance of “nothing’s wrong.” Film directors orchestrate elaborate works of emotional manipulation. Documentary film directors do so with factual material. Such performances often overlap in the course of life and work; all of them intersect in Kate Plays Christine.”