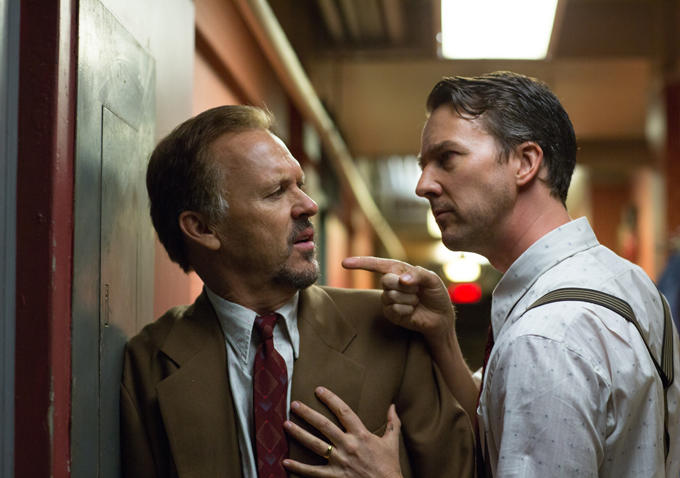 10 Films to See In October If September was merely the warm-up for our fall film season, October is a full-on assault of incredible titles, ranging from the widest of releases to a few that will, unfortunately, arrive in only a handful of theaters. In keeping to our monthly 10-film limit, there are some promising choices we had to leave out — the director’s cut of Nymphomaniac, The Blue Room, Citizenfour, Dear White People, Why Don’t You Play in Hell?, The Great Invisible, and The Overnighters, to just name a few — but what we’re left with are some of the finest or, at least, more promising films of 2014. Check out our rundown below and let us know what you’re most looking forward to in the comments.

Synopsis: In 1988, a teenage girl’s life is thrown into chaos when her mother disappears.

Why You Should See It: While it seemed to land with a relative thud at Sundance, I found a great deal to like in Gregg Araki‘s latest film. I said in my review that it’s a “a refreshingly frank coming-of-age story, featuring another great performance from Woodley, whose character embodies a certain maturity that feels opposite of her turn as a naive bystander in last year’s successful Sundance drama The Spectacular Now.” Although it lands in theaters towards the end of the month, it’s now available on VOD.

9. The Tale of The Princess Kaguya (Isao Takahata; Oct. 17th)

Synopsis: A mysterious young princess enthralls all who encounter her – but ultimately she must confront her fate, the punishment for her crime.

Why You Should See It: Despite initial rumors indicating they’d be shutting their doors, Studio Ghibli will hopefully work things out so they can continue to produce the finest works of art in modern animation. Their second-to-last feature (for the time being) comes from Grave of the Fireflies director Isao Takahata and will be landing in U.S. theaters next month. We liked it (with some reservations) at Cannes, saying in our review that its formalism is “rapturous,” with “images that are striking for their simplicity, not density.”

Synopsis: A family on a ski holiday in the French Alps find themselves staring down an avalanche during lunch one day; in the aftermath, their dynamic has been shaken to its core, with a question mark hanging over their patriarch in particular.

Why You Should See It: Repping Sweden for the Best Foreign Language Film Oscar, Ruben Östlund’s comedy-tinged drama has been picking up much acclaim throughout the year. We agreed, saying in our review, “While Force Majeure has drawn easy comparisons to Julia Loktev’s The Loneliest Planet — given their somewhat similar couples-torn-apart-by-life-or-death-situation concepts, as well as rigid festival-film formalism — Östlund actually seems more willing to explore his characters. Instead of coming off a mid-film stunt, the inciting incident is upfront in his first act, letting both a moral drama and a comedy of errors ensue as a marriage crumbles.”

Why You Should See It: Dark, daring, and deeply humorous, Jake Gyllenhaal once again proves he’s on a streak like few other in his field with Nightcrawler. We said in our TIFF review it’s “a gem of a lean, mean film that never let’s its foot off the gas pedal with an iconic antihero in Jake Gyllenhaal’s Lou Bloom who might currently be tops on hardcore cinephiles’ Halloween costume lists come October. Even though there isn’t a conventional plot since the film is more concerned with delivering high octane suspense and extremely high (and warped) entertainment value, you won’t be able to get it out of your head.” Synopsis: A promising young drummer enrolls at a cutthroat music conservatory where his dreams of greatness are mentored by an instructor who will stop at nothing to realize a student’s potential

Why You Should See It: Few films this year have as much ferocious, unbridled energy than Damian Chazelle‘s Sundance hit, Whiplash. We said in our NYFF review that the film “feels dynamic and fresh because it capitalizes on every tonal shift and detail. There are moments that are powerful, though askew, like a surprisingly tender monologue in which Fletcher recounts a former student who has passed away.”

Synopsis: In the midst of rehearsals for a new play, amateur dramatics proponents Colin and Kathryn receive the shattering news that their friend George is fatally ill and only has a few months to live.

Why You Should See It: While this features comes with the context that it is indeed the last film from the late, great Alain Resnais, we can be content that his farewell is a deeply accomplished one. We said in our NYFF review that it’s “a funny, energetic, comic-book-influenced film marked by saturated colors, theatrical sets, and middle-aged people acting like the lovelorn leads favored by Eric Rohmer.”

Synopsis: A washed-up actor who once played an iconic superhero must overcome his ego and family trouble as he mounts a Broadway play in a bid to reclaim his past glory.

Why You Should See It: After earning major acclaim when opening this fall’s Venice Film Festival, Alejandro González Iñárritu‘s somewhat-meta drama will arrive this month. As we said in our review, “it represents a departure in style from a controversial director, a good four years after Biutiful; it’s got a juicy cast of actors, all testing themselves in different ways, and it comes wrapped in that crazy cinephile mystique that leaves people speculating for months about a continuous long take that may or may not make up the whole film.” Synopsis: With his wife’s disappearance having become the focus of an intense media circus, a man sees the spotlight turned on him when it’s suspected that he may not be innocent.

Why You Should See It: While it’s being sold as a routine mystery, one can imagine that’s far from what attracted David Fincher to the material. Saying anything else would ruin the fun, but rest assured that Gone Girl is certainly one of the most entertaining films of the year. As I said in my NYFF review, “The propulsive energy rarely lets up throughout this staggeringly swift, deeply cynical 2.5-hour satire that sets its crosshairs on not only the institution of marriage, but media witch hunts, the legal process, and a recession-hit America.”

Synopsis: Anger rages in Philip as he awaits the publication of his second novel. He feels pushed out of his adopted home city by the constant crowds and noise, a deteriorating relationship with his photographer girlfriend Ashley, and his own indifference to promoting the novel. When Philip’s idol Ike Zimmerman offers his isolated summer home as a refuge, he finally gets the peace and quiet to focus on his favorite subject: himself.

Why You Should See It: If The Color Wheel made him a voice to watch out for, Listen Up Philip marks the first of hopefully many great features from Alex Ross Perry. As I said in my Sundance review, “With a touch of Woody Allen (the idiosyncratic narration, the alluring, intimidating portrait of New York City, and a jazzy score from Keegan DeWitt), John Cassavetes (the off-the-cuff, seemingly untamed Super 16 mm cinematography from Sean Price Williams, shot almost solely in tight, intimate close-ups), and Noah Baumbach (the involving look at a self-involved protagonist), Alex Ross Perry certainly offers a nod to a handful of directors, but has crafted something wholly his own with Listen Up Philip.” For those that don’t live in a major city, the film will also be landing on VOD around the same time. Synopsis: About a man who’s angry at his wife because she’s met another man on a park bench and they no longer even speak the same language.

Why You Should See It: Yes, this is the only film to which we’ve awarded a grade of “N/A,” but one should quickly cast off any fears commonly associated with “late Godard.” (In short: that it’s incomprehensible to those without a Master’s degree in philosophy and history, that it’s provocative for the sake of provocation, and / or that it wallows in a contempt for all of Western culture.) One of his most playful and, I dare say, wistful projects is also the most visually astounding film I’ve seen this year, and that title is very unlikely to be challenged before 2014 closes out. Though it is offering a one-line-after-the-other spurt of dense philosophical ideas, Goodbye to Language is more stimulation than avalanche — a 70-minute trip that, at times, feels like we’re watching over the course of many years. Godard’s picture also earns the top spot for this reason: you absolutely, without question, must see it in a 3D-equipped theatrical setting. Any other option is futile. – Nick N.

What films are you most looking forward to this month?