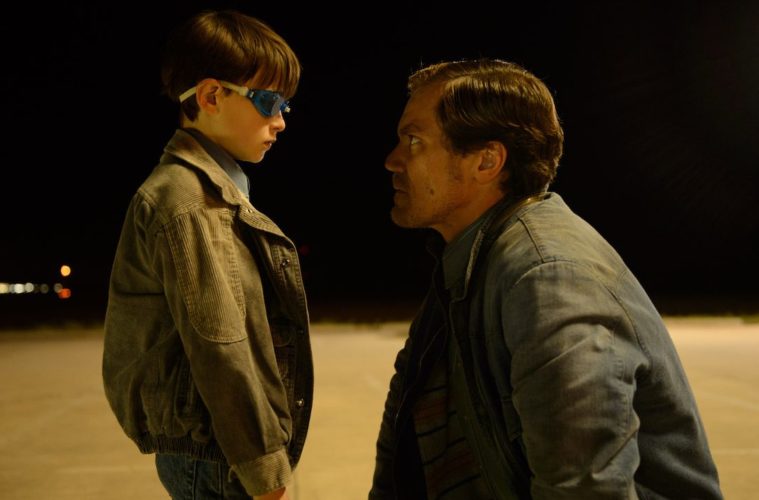 10 Films to See in March With the 2015 awards season finally wrapped up, we can now genuinely look towards the year ahead. This month brings a handful of long-awaited festival hold-overs from last year, as well as a few promising studio titles. It should also be noted that essential restorations of Late Spring (3/4), River of Grass (3/11), A Brighter Summer Day (3/11), and Fireworks Wednesday (3/16) will be coming to select cities (and some beyond). If you’re in New York City, we’ll also be getting the grand opening of a new arthouse cinema — the Lower East Side’s Metrograph, which is dedicated to a mix of repertory and new releases.

Synopsis: A Californian teenager’s plan to come out at his Nebraskan family reunion gets derailed when a bloodstain on his young cousin’s dress makes him the unwitting suspect of abuse.

Why You Should See It: After premiering at Sundance last year, Matt Sobel‘s debut will finally get a release this month. We were big fans of it, saying in our review, “Aided by the editing of Jacob Secher Schulsinger (Force Majeure), each scene builds a unique rhythm and tension and we’re not quite sure where its going or what has exactly happened. Haunting and brutally honest in its restraint and narrative simplicity at times, Take Me to the River captures above all a unique and unsettling tone: mixing comedy, drama and thriller elements, it’s a dark and exhilarating watch.”

Synopsis: In a city of anthropomorphic animals, a fugitive con artist fox and a rookie bunny cop must work together to uncover a conspiracy.

Why You Should See It: Although they didn’t have an animation last year, Disney has now returned early this year, and with quite a success. We said in our review, “With creative forces that includes co-directors from Tangled and Wreck-It-Ralph and notable figures from the likes of The Simpsons (Jim Reardon), Zootopia proves a successful amalgamation of disparate influences, much like its eponymous city: a vibrant collection of distinct microclimates like Little Rodentia and the icy Tundratown, all filled to the brim with details and sight gags you’ll probably only ever catch all of via an obsessive fan site. It’s a lot like another Disney project, Who Framed Roger Rabbit, in that way, though Zootopia offers enough inventive merit and different thematic material of its own to avoid coming across like a case of repeating old tricks.”

Synopsis: A couple reunite after many years to travel to Death Valley, Calif., to answer an invitation they received after their son committed suicide.

Why You Should See It: Reuniting Isabelle Huppert and Gérard Depardieu, Valley of Love didn’t quite make a big splash at Cannes last year, but we’re still intrigued by the drama, which is finally getting a limited release at the end of the month. As Screen Daily said, “They have the tender complicity of war veterans bound together by old wounds and half-forgotten skirmishes. The affectionate rapport between the actors and their characters is evident in every scene and manages to transport the wary viewer through an odd but not unappealing mixture of mystical road movie and family psychodrama that often threatens to become a Death Valley Don’t Look Now or, heaven forfend, a California Sea of Trees.”

Synopsis: The “manager” of a pancake stall finds himself confronted with an odd but sympathetic elderly lady looking for work. A taste of her home-made bean jelly convinces him, starting a relationship that is about much more than just street food.

Why You Should See It: Despite her prolific output, with the films often making their way to Cannes, Naomi Kawase seems to go under-appreciated here in the United States due to a lack of distribution. Thankfully, her latest drama, Sweet Bean (previously titled An and Sweet Red Bean Paste), was picked up by Kino Lorber and will be arriving this month. We said in our review, “Contributing immeasurably to this empathetic tone is Kiki’s soulful, splendidly unaffected performance. Playing someone with a sad secret to guard and a militantly cheerful exterior as defense, this portrayal could have gone off the sappy or the farcical end so easily. Instead, she succeeds in first tricking you into seeing this harmlessly wacky old lady who talks to red beans and greets birds, then smacks you awake with a lucidly unsentimental side free of self-delusion or -pity.”

Synopsis: Waking up from a car accident, a young woman finds herself in the basement of a man who says he’s saved her life from a chemical attack.

Why You Should See It: Leave it to J.J. Abrams to get us interested in his, er, mystery box yet again. It was only fairly recently revealed to be part of the universe of his 2008 monster invasion thriller, and 10 Cloverfield Lane may not have any actual creatures in it, but we’re still mightily intrigued by what this one might hold. Coming from Dan Trachtenberg in his debut and starring Mary Elizabeth Winstead, John Goodman, and John Gallagher Jr., as well as a script co-written by Whiplash‘s Damian Chazelle, we’re simply hoping for an intense, one-room drama. Anything above that is an added bonus.

Synopsis: Krisha returns for Thanksgiving dinner after ten years away from her family, but past demons threaten to ruin the festivities.

Why You Should See It: Krisha is only a few steps away from being yet another tried and true character study of a family member returning home to mend relationships. Yet Trey Edward Shults, in his feature debut, injects a vibrant style that runs through every scene, with smash cuts, long takes, chaotic inserts, and sound design not easily shaken. If one imagines a smaller-budgeted version of Punch-Drunk Love marked by psychological-horror undertones, they’re starting to get the idea.

Synopsis: A father and son go on the run after the dad learns his child possesses special powers.

Why You Should See It: If it feels like we’ve been talking about Jeff Nichols‘ sci-fi feature Midnight Special for years… well, we have. After potentially arriving last year, it was pushed back and now it’ll finally get a limited release this month before expanding wide in April. It got a range of reactions at Berlinale, which should make it all the more interesting to experience. While our review was mixed, we said, “On a relatively low budget, Nichols — along with his longtime cinematographer Adam Stone — have managed to emulate the texture of the films that Midnight Special so clearly is paying homage to, even if the full-blown quotes sometimes prove clunky.”

Synopsis: Tells of a lonesome middle-age housewife who tends a soldier with sleeping sickness and falls into a hallucination that triggers strange dreams, phantoms, and romance.

Why You Should See It: It’s been half-a-decade since the last Apichatpong Weerasethakul feature arrived on U.S. shores, and audiences are getting a treat this month. Not only is Cemetery of Splendor being released, but his hour-long film Mekong Hotel will be as well. In our review of the former, we said, “His latest film is as enveloping as anything he’s ever made: a work that’s as darkly comic on subjects as specific as hospital regulation as it is sober-minded about perils as universal as comfortable living, one open to the possibilities of spiritual awakening while confronting us with questions of belief.”

Synopsis: Paul is preparing to leave Tajikistan, while thinking back on his adolescent years. His childhood, his mother’s madness, the parties, the trip to the USSR where he lost his virginity, the friend who betrayed him and the love of his life.

Why You Should See It: One of the most delightful times I had watching a movie last year was in seeing Desplechin’s latest at the New York Film Festival. As we said in our review, “My Golden Days contains much of Rohmer’s hapless romance and Assayas’ internal depression, but it is temporally expansive and deploys new tricks at every turn in a way that the films of Assayas and especially Rohmer — whose work takes place in subtly but rigorously established worlds — never would.”

Synopsis: A writer goes on an odyssey through the playgrounds of Los Angeles and Las Vegas as he undertakes a search for love and self.

Why You Should See It: While it’s sure to be Terrence Malick‘s most divisive film, I found a great deal to admire in Knight of Cups. It’s fascinating in the ways it further pushes his stream-of-consciousness approach, and, yes, may feel thematically repetitive, yet the imagery through which Malick conveys his ideas is consistently rich and always mesmerizing. Our review from last year’s Berlinale was a bit more mixed, saying,”Malick, again working with DP Emmanuel Lubezki and that weightless camera, is just as capable of pulling breathtaking images from the Los Angeles cityscape and the homes of its rich as he was with the idyllic nature of his previous features. These are edited together in a rapid and free-associating flow, the fluidity of which is wonderfully enhanced through a classical score featuring pieces by the likes of Grieg, Debussy and Chopin.”