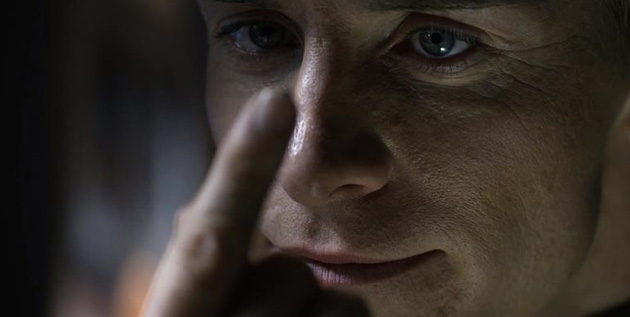 The summer season is in full swing, with one record-breaker already setting the bar, box-office wise. But yet again, this month mostly brings quality limited releases, including a few festival favorites and a film from a director who had all-time success last summer. Also note that the first matinee would certainly be on our list, but word is that Paramount cut up the original film, so we’ll have to wait and see. Check out the list below and let us know what you’re looking forward to.

Synopsis: A happily married woman falls for the artist who lives across the street.

Why You Should See It: Falling sharply from her restrained drama Away From Her, Take This Waltz is a unfortunately a mixed bag. But it still makes the list with a handful of well-orchestrated scenes thanks to a strong performance by Michelle Williams, including a surprising dramatic turn from Seth Rogen. It’s a shame things veer off into repetitive, ridiculous territory by the second half, but there’s enough good here to warrant a watch.

Synopsis: Three magazine employees head out on an assignment to interview a guy who placed a classified ad seeking a companion for time travel.

Why You Should See It: While I was mixed on the film at Sundance, Colin Trevorrow‘s indie (light) sci-fi drama does a good amount right. Jake Johnson steals the show, while Parks & Recreation star Aubrey Plaza proves to be a worth leading lady. Those going in expecting any Primer-level ideas will be disappointed, but a solid, mostly fun character drama will be delivered.

Synopsis: Everyone knows what to do if one morning the sky would be absolutely full of UFOs: run as fast as you can. However, what would happen if the invasion started while you are in the flat of the girl of your dreams, the one you have just met?

Why You Should See It: Timecrimes director Nacho Vigalondo is switching gears in a major way for his next film. Don’t let the still above trick you, as this sci-fi comedy is more of a three-way love triangle story than anything else. Cleverly crafted, the director still proves he has a firm handle on storytelling. Check out my TIFF review and one can also see the film on VOD this month.

Synopsis: Iris invites her friend Jack to stay at her family’s island getaway after the death of his brother. At their remote cabin, Jack’s drunken encounter with Hannah, Iris’ sister, kicks off a revealing stretch of days.

Why You Should See It: Following up the stellar “mumblecore” indie Humpday, Lynn Shelton takes a more conventional approach with this dramedy. Still packing the same knack for dialogue, the charming Emily Blunt joins Mark Duplass (in yes, his second feature of the month) and Rosemarie Dewitt. Check out our Tribeca review here.

Synopsis: Determined to make her own path in life, Princess Merida defies a custom that brings chaos to her kingdom. Granted one wish, Merida must rely on her bravery and her archery skills to undo a beastly curse.

Why You Should See It: With their first female-led animation, Pixar has nowhere to go but up after their heinous attempt at entertainment with Cars 2. I’m still not sold at the blocky animation in this fantasy folktale, but the rest looks to be spot-on, with a colorful cast of characters and a return to strong storytelling.

5. Seeking a Friend for the End of the World (Lorene Scafaria; June 22nd)

Synopsis: As an asteroid nears Earth, a man finds himself alone after his wife leaves in a panic. He decides to take a road trip to reunite with his high school sweetheart. Accompanying him is a neighbor who inadvertently puts a wrench in his plan.

Why You Should See It: After writing the smart, enjoyable teen dramedy Nick and Norah’s Infinite Playlist, Lorene Scafaria is taking a major jump with her directorial debut. Bringing together Steve Carell and Keira Knightley, we’ve got a comedy that looks at the lighter side of an apocalypse. In a summer full of mindless blockbusters, it’s nice to see a mix of high-concept and character-focused drama seemingly done right.

Synopsis: A story about a number of people in Italy, some American, some Italian, some residents, some visitors, and the romances and adventures and predicaments they get into.

Why You Should See It: Following up the most successful film of his career, Woody Allen is back with his yearly offering and this time staying in Europe. To Rome with Love hasn’t had the warmest response overseas, but I can’t resist the cast of Allen himself, with Alec Baldwin, Roberto Benigni, Penélope Cruz, Judy Davis, Jesse Eisenberg, Greta Gerwig and Ellen Page.

Synopsis: A male stripper teaches a younger performer how to party, pick up women, and make easy money.

Why You Should See It: In what looks to his experimental and mainstream sides coalescing, Steven Soderbergh could be two-for-two this year after his stylish thriller Haywire. Taken from the true-life stripper beginnings of Channing Tatum, Magic Mike also features Matthew McConaughey in what looks to be a scene-stealing supporting role. Doing what Soderbergh does best, I hope he brings us into a world I certainly have little knowledge about.

Synopsis: A team of explorers discover a clue to the origins of mankind on Earth, leading them on a journey to the darkest corners of the universe. There, they must fight a terrifying battle to save the future of the human race.

Why You Should See It: The most hyped science-fiction film of 2012, and perhaps many years, is finally landing. While early reviews are divisive, I still can’t wait to see Ridley Scott returning to the genre, especially with actors as talented as Michael Fassbender, Idris Elba and more. Reportedly bold and visually stunning, this looks to be some of the most fun of the summer.

Synopsis: Faced with her father’s fading health and environmental changes that release an army of prehistoric creatures called aurochs, six-year-old Hushpuppy leaves her Delta-community home in search of her mother.

Why You Should See It: With Sundance and Cannes awards in hand, Benh Zeitlin‘s stirring, inventive first feature film is now set for a release late this month. While I enjoyed it (review here) on a first viewing, it’s strengths have only grown in my mind since that time. With the the recurring lack of creativity in Hollywood, here’s a film that’s bursting with imagination in every frame.