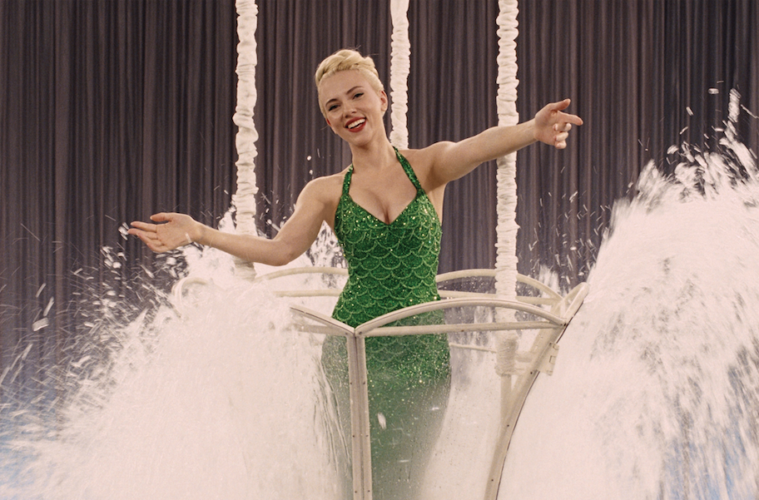 10 Films to See in February

After wrapping up the 2016 Sundance Film Festival with our favorite films and more, we’ll return to festival coverage with Berlinale kicking off shortly. A certain highly-anticipated opener there one can thankfully see this month, but there’s also a number of stellar festival favorites finally making their way to screens in February. We should also note that Peter Greenaway‘s Eisenstein in Guanajuato was included last month, but they’ve moved the release date to February 5th, so make sure to see that out.

Synopsis: Set in Dublin, Glassland tells the story of a young taxi driver (Reynor) who gets tangled up in the world of human trafficking while trying to save his mother (Collette) from addiction.

Why You Should See It: Before giving one of the most entertaining performances at this year’s Sundance in Sing Street, back in 2015 at the festival, Jack Reynor received a World Cinema Dramatic Special Jury Award for Acting in Glassland. The Gerard Barrett-directed Irish drama also starring Toni Collette, Will Poulter, and Michael Smile seemed to go under the radar, but it’ll now get distribution this month and looks to be worth checking out.

Synopsis: Derek and Hansel are modelling again when an opposing company attempts to take them out from the business.

Why You Should See It:  15 years later, Derek Zoolander and his ridiculous good looks are back. After Ben Stiller attempted drama to mixed results in The Secret Life of Walter Mitty, he’s thankfully back to directing a straight-up comedy. Also featuring Owen Wilson, Will Ferrell, Penélope Cruz, Kristen Wiig, Benedict Cumberbatch, Olivia Munn, Christine Taylor, Billy Zane, Justin Bieber, Fred Armisen, and many more cameos, it’ll be an uphill battle to make a worthwhile comedy sequel, but we’re hoping he pulls it off.

Synopsis: In a remote Icelandic farming valley, two brothers who haven’t spoken in 40 years have to come together in order to save what’s dearest to them – their sheep.

Why You Should See It: Iceland’s Oscar entry, Rams, is a powerful story of estranged brotherhood, told with tenderness and a vivid eye. After premiering at Cannes last year (check out our full review here), it didn’t make the Oscar shortlist, but it’s still well worth seeking out when it arrives in limited release this week.

Synopsis: Company commander Claus M. Pedersen (Pilou Asbæk) and his men are stationed in an Afghan province. Meanwhile back in Denmark Claus’ wife Maria (Tuva Novotny) is trying to hold everyday life together with a husband at war and three children missing their father.

Why You Should See It: One of the Oscar-nominated foreign films this year, we said in our review, “In only his second outing as sole director after 2012’s acclaimed A Hijacking, Tobias Lindholm is commanding unusual levels of respect and anticipation with A War – undoubtedly earned with the establishing of a very personal brand of filmmaking, rooted in observation, deliberate pacing and a terse directing style. Viewers familiar with his previous film, a hostage drama detailing the hijacking of a Danish cargo ship by Somali pirates, will find the same approach at work in A War: protagonist Pilou Asbæk returns to shoulder much of the dramatic weight, aided by familiar faces like Søren Malling and Dar Salim and a roster of non-professional actors with relevant backgrounds.”

Synopsis: A gang of criminals and corrupt cops plan the murder of a police officer in order to pull off their biggest heist yet across town.

Why You Should See It: If you’re already tired of the Oscar-hungry dramas this season, John Hillcoat, the director behind The Proposition, The Road, and Lawless, looks to be soon delivering a down-and-dirty heist thriller with the cast one might expect in such a prestige drama. Starring Casey Affleck, Woody Harrelson, Kate Winslet, Aaron Paul, Norman Reedus, Chiwetel Ejiofor, Anthony Mackie, Gal Gadot, Teresa Palmer and Clifton Collins, Jr., this will hopefully be one of the best surprises this month.

Synopsis: A crisis counselor is sent by the Catholic Church to a small Chilean beach town where disgraced priests and nuns, suspected of crimes ranging from child abuse to baby-snatching from unwed mothers, live secluded, after an incident occurs.

Why You Should See It: Arriving a year after it premiered at Berlin, The Club is one of the most striking films I’ve seen so far this year. We said in our review, “With his exceptional trilogy on the Augusto Pinochet dictatorship – Tony Manero (2008), Post Mortem (2010) and No (2012) –Chilean director Pablo Larraín proved himself a trenchant commentator on his country’s problematic past. He turns his attention to the problematic present in The Club, a scathing j’accuse directed at the institution of the Catholic Church that represents his most uncompromising and vociferous film to date.”

Why You Should See It: One of our favorite films in the Cannes line-up last year, we said, “Though vastly more moderate than its predecessor, the ultra-violent A Touch of Sin, Jia Zhangke’s Mountains May Depart continues the director’s move away from the extremely measured, observational style that characterized much of his earlier work. Even as his narratives have become more charged, however, Jia’s thematic focus has remained constant and Mountains May Depart offers his latest reflection on the momentous societal changes that have swept over China as a result of its entry and ascension in the globalized world economy. If A Touch of Sin expressed Jia’s rage at the contemporary impact of capitalist progress on Chinese society, Mountains May Depart is his lament over the direction in which it is headed.”

Synopsis: The story of the relationship between Karamakate, an Amazonian shaman and last survivor of his people, and two scientists who work together over the course of 40 years to search the Amazon for a sacred healing plant.

Why You Should See It: After catching it on the festival circuit, we named this Oscar contender one of 2015’s best films, saying, “I have a weakness for heart-of-darkness films, and Embrace of the Serpent ranks amongst the best (and most gorgeous) I’ve seen. It’s also the only one I can think of that successfully adopts a native perspective in charting the white man’s journey down the river, thus offering a moving elegy to the myriad cultures that were destroyed in the process instead of just probing into humanity’s vilest instincts.” One can also read our full review here. Synopsis: A family in 1630s New England is torn apart by the forces of witchcraft, black magic and possession.

Why You Should See It: While many lament on the lack of strong horror features each year, we will get perhaps the best of 2016 this month. I said in my review from last year’s Sundance, “‘We will conquer this wilderness. It will not consume us,’ foreshadows our patriarch in the first act of The Witch, a delightfully insane bit of 17th century devilish fun. As if Ingmar Bergman and Ken Russell co-directed Kill List, Robert Eggers’ directorial debut follows a God-fearing Puritan family banished from their settlement in a colonial New England, only to have their deep sense of faith uprooted when our title character has her way with their fate.”

Synopsis: A Hollywood fixer in the 1950s works to keep the studio’s stars in line.

Why You Should See It: It’s a new Coen brothers movie. Your tickets should already be pre-ordered.