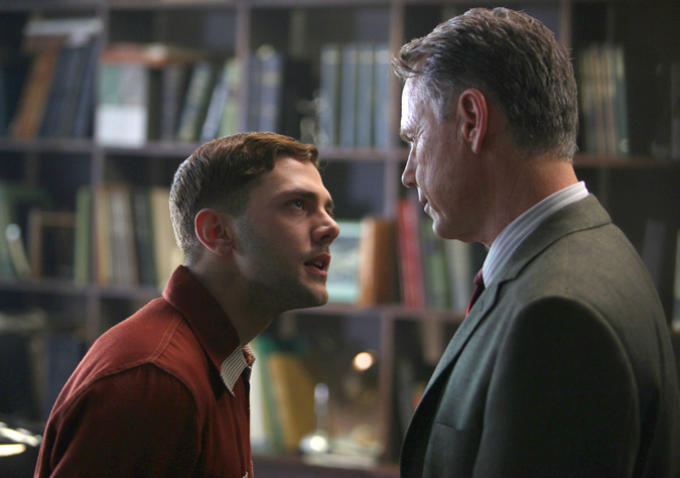 With a confession of a matriarchal murder in the first few moments of the new trailer for Elephant Song, you might think Xavier Dolan directed the drama, but you’d be mistaken. Instead, it comes from Charles Binamé, who premiered the film at Toronto International Film Festival last fall (where Dolan was there for Mommy), and ahead of a release in Canadian, we now have a new preview.

Starring Dolan, Bruce Greenwood, Colm Feore, Catherine Keener, Carrie-Anne Moss, and Guy Nadon, the adaptation of Nicolas Billon‘s play follows a psychiatrist who is drawn into a complex mind game when he questions a disturbed patient (Dolan) about the disappearance of a colleague. It looks like a well-shot, intense drama and while there’s no U.S. release date yet, it’ll arrive in Canada this month. Check out the new trailer and poster below.

An eminent psychiatrist vanishes from his office; the last person to see him is a troubled patient named Michael. The hospital director, Dr Greene, is called in to interview Michael. Miss Peterson, the head nurse, understands all too well the devastating loss that still haunts Dr Greene and warns him to steer clear of this particular patient – to no avail. Michael prattles on about elephants and opera (with the occasional hint of murder and foul play) and lures the hospital director into a devious trap. Dr Greene’s redemption will come at a hefty price…

Elephant Song opens in Canada on February 27th and is awaiting a U.S. release.