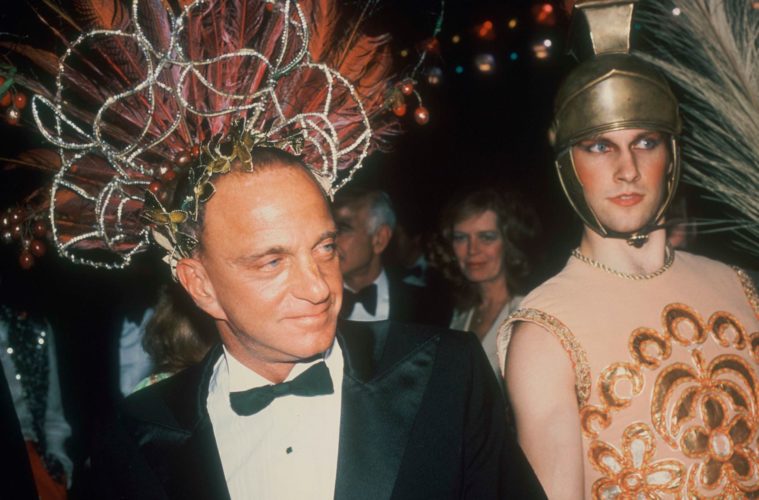 ‘Where’s My Roy Cohn?’ Director Matt Tyrnauer on How His Documentary Illuminates the Rise of Donald Trump

The day Roger Stone was arrested by the FBI, Matt Tyrnauer’s documentary about Stone’s mentor Roy Cohn debuted at the Sundance Film Festival. Stone appears throughout Where’s My Roy Cohn? to talk about his mentor.

Trynauer began work on his documentary after the 2016 election, when it became apparent that Cohn’s style of politics led to the election of the president. Cohn was friends with Donald Trump’s father and he mentored Donald.

We spoke with Trynauer about Cohn’s depiction in Tony Kushner’s play, Angels in America, how he convinced one of Cohn’s ex-boyfriends to participate in the documentary, and the Freudian underpinnings of Cohn’s upbringing.

The Film Stage: Did Roger Stone reach out to after his to try and remove him from your documentary?

Matt Tyrnauer: No, I haven’t heard from Roger or anybody.

Why do you think Roger, like Roy Cohn, lays himself out there so plainly to be judged?

I think like Roy Cohn, Roger Stone is very performative and you might even go as far as to say that he is a performer. I think the same could be said of Roy Cohn. I think the truth that the movie traffics is that Cohn, Trump, and their mutual mentor Cohn were all in their own way very effective performers. Once you realize that, I don’t think it becomes any more reassuring or comforting.

My first introduction to Roy Cohn was the HBO movie of Angels In America, and I just wanted to see what Meryl Streep and Al Pacino had to say about Roy Cohn. Streep said we love characters like Roy Cohn; they’re like Richard III or Hannibal Lecter. Al Pacino said we receive and understand characters that express “what’s reckless in me, what’s murderous in me, what’s cowardly in me.” Twenty years later, do you think that’s an accurate depiction of a Roy Cohn? Do we have a little Roy Cohn in all of us?

I’m not so sure I would put it that way. I agree on a metaphorical basis. There’s a great line from Gore Vidal about Richard Nixon which is “we are him and he is us.” I would amplify it like that. Roy Cohn, as his cousin says in the film “he’s an evil who comes from certain parts of the American culture.” That’s why I made the film, to show the kind of very dark, ruthless and transactional politics and style of a Roy Cohn are endemic in the American culture and we need to be aware of what that is and know it when you see it and we’re certainly seeing it now. And I’m not sure if enough people are fully aware of what it is, where it comes from, and how much damage it can do.

What do you think of Cohn’s depiction in the play?

I think it’s brilliant and ahead of its time. Angels in America was written, if I’m not wrong, in the 80s, so Kushner in his immortal work deploys Roy Cohn as a trope or metaphor for the first time and knocks it out of the park. It’s still relevant. I would go as far as to say it’s more relevant than ever, but that play which is firmly in the canon is a depiction of Cohn from an earlier period and its a sliver of the character. He’s operating in that work as a particular type of literary or dramatic trope and this movie is about Roy Cohn and the full spectrum of the American political saga. It’s a recontextualization.

How did you get Wallace Adams, one of Cohn’s boyfriends, to participate and why did he want to?

I did a search for surviving boyfriends of Roy Cohn, and there are a few to my knowledge. We discovered Wallace Adams in Southern California, and then began a dialogue with him. At first he was reluctant, and then we eventually got to a place where he was willing to participate, and he very generously agreed to do so and give his perspective on this relationship with someone who frankly people weren’t talking about very much for decades but whose relevance changed suddenly with the election in 2016. I don’t think there are that many figures whose relevance and importance to our society transformed so radically so long after their death.

I think he got to thinking about Roy Cohn and he realized he had something to say. The man he knew became important in another way and I think he knew that it would be a contribution for him to speak.

Was Wallace aware of who Roy Cohn was in his public life?

Oh, yeah. He’s from a New York family that knew all about Roy Cohn, even though he was a younger man at the time. I think he said his mother asked him not to see Roy Cohn and that Andy Warhol warned him not to.

There’s a section where it says his mother instilled shame in him and his father gave him the language to instill that shame into law. Will you elaborate on what that means?

Someone so dark and so evil in his actions clearly had some parental issues. [Laughs.] We all do, but he seems to be an extreme case, even if you’re a casual Freudian. Cohn’s mother was a difficult woman who had a lot of issues that members of her family highlight from interviews, among them she was known to be unattractive both physically and in her personality. She was known to be overbearing in her child’s life, and she instilled a certain shame in him because he apparently had an interesting shaped nose. There’s a trope in Jewish society of the large nose as an object of shame and discussion because Jews were stereotyped particularly by the Nazi’s for having prominent noses.

In this period it was a point of shame; this is pre-Barbara Streisand, who embraced her prominent nose and who changed people’s perspective on that. You’ll notice in the later archival film that Cohn has a scar on his nose which he bore because his mother, as best we could understand from the family, forced him to have a nose procedure that was botched. There are a lot of Freudian markers here that lead to issues of shame and anger and maybe guilt that were transferred from mother to son. Al Cohn, as best we could tell from interviews was a different kind of character, kind of gentle. Him being a judge, and a competent lawyer who took an interest in his son, instilled an interest of law in him at an early age. Adding these developmental traits together is a certain insight into what people want to know: how does someone turn into someone like Roy Cohn?

Where’s My Roy Cohn? premiered at the Sundance Film Festival.