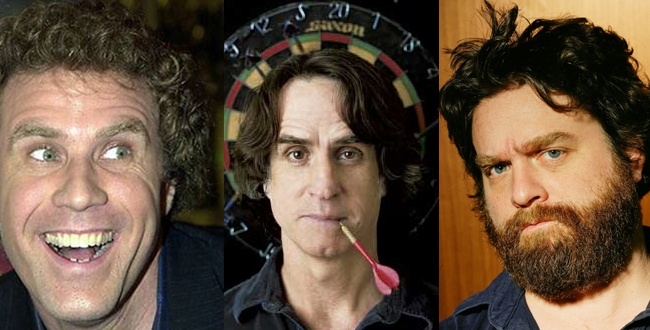 What A Pitch! Political Comedy Starring Galifianakis And Ferrell We all know Will Ferrell excels in political comedy. And Zach Galifianakis is as hot as they come right now. Director Jay Roach, though you may not know it, helmed the super-successful Austin Powers trilogy as well as the first two super-successful Meet The Parents films. He’s also proven himself in more personal fare such as the underrated Mystery, Alaska and the political HBO film Recount starring Kevin Spacey, which replays the corrupt 2000 presidential election.

All were involved in a recent studio pitch that will play off the upcoming 2012 election, concerning two presidential candidates, presumably on either side of the political fence. [Deadline]

This is promising news coming only weeks before the not-so-promising release of Little Fockers, the third installment, and first non-Roach directed film, of the series, which looks as tired as a dying grandfather. Political comedies done right can be smart, funny and, even inspiring. Consider the Robert Redford-classic The Candidate or even, on a lesser not, the Kevin Costner-championed Swing Vote just last year.

With real start power and a director incapable of anything but hits (he got Dinner For Schmucks to $86 million worldwide, for goodness sake!), this pitch deserves to be as hot as it is.

Would you like to see a political comedy starring Ferrell and Galifianakis?