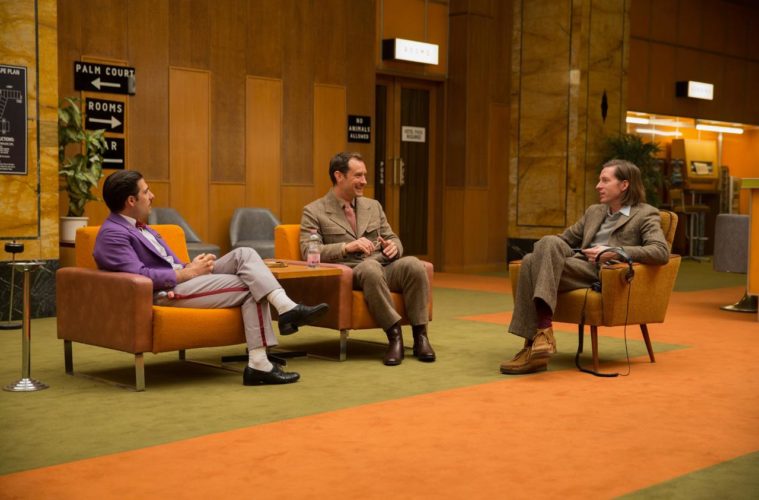 We always welcome a glimpse inside the mind of Wes Anderson and with his new film around the corner, we’re afforded a great many opportunities to do so. Perhaps the most extensive discussion we’ll get is a recent TimesTalk between a candid David Carr — often admitting he is naive about the filmmaking process — and The Grand Budapest Hotel director, along with his star, Ralph Fiennes.

Opening up with Anderson admitting it’s rare for him to have a plot in a film, with his latest being an exception, he also discusses how he doesn’t like to cut. “I hate to cut because you risk breaking the spell,” he remarks, adding that he often will say, “still rolling!” to his cast, even when he’s clearly not. He also discusses directing with Fiennes, who is coming off his first two features, as well why he felt it was OK to ask A-list actors to contribute bit parts to the features.

Perhaps most intriguing is his idea about a James Bond Film. When asked by Carr why he never does the “one for them, one for me” method, he says, “They go to Sam Mendes; they didn’t go to me. I had this [Bond movie] I wanted to do called Mission: Deferred. This was a few years ago. James Bond. The cold war is over, and there’s no gig … and the gadgetry is like he has a great coffee machine. … So I never got the call.”

Note that there are some vague spoilers, with Anderson discussing in detail about the multiple layers of the films and Fiennes opening up about his character’s arc, but for the most part, you are safe, so proceed below, with a hat tip to EW.