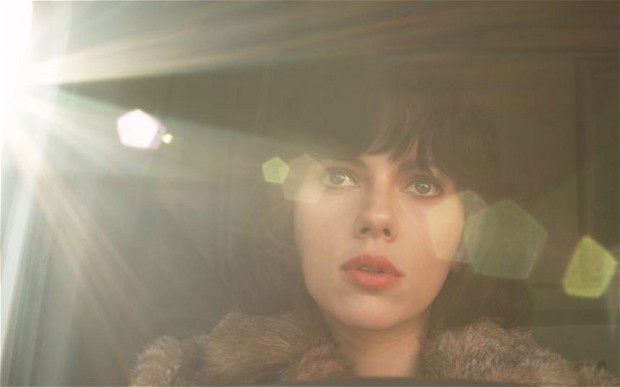 In naming Under the Skin the second-best film of the decade thus far, we said, “Scarlett Johansson has never been better than in Jonathan Glazer‘s visual monster of a film, playing an alien huntress praying on Scottish locals. Deliberately paced and pointedly told, Under The Skin feels like exactly the film Glazer set out to make; a singular vision with a delicate touch filtered through a sci-fi genre narrative. Brilliant from start to finish.”

It looks like we’re not alone in our affection for the film as writer-director Rian Johnson, who has talked with both Christopher Nolan and Terry Gilliam about his love for science-fiction, came to BFI to introduce the film, and now it’s available online. The director of Looper and perhaps a little Star Wars film you’ve heard about talks about being “knocked out” by the film and compares it to few other experiences.

“The Master, There Will Be Blood, and The Tree of Life — there’s only a couple of movies for me that had this kind of [experience],” he says. “But for me this was actually very different because, again, I don’t think I’ve ever experienced a film where it’s changed so much over the course of getting to know it, so this is very unique in that regard.”

While he may not agree with all of his comments reflecting back on it, check out his full introduction below, in which he discusses Mica Levi‘s score, the genre elements, and much more. Along with that, we also have some new Channel 4 promos Glazer recently shot.

What do you think of Johnson’s comments? Do you share his love for the film?