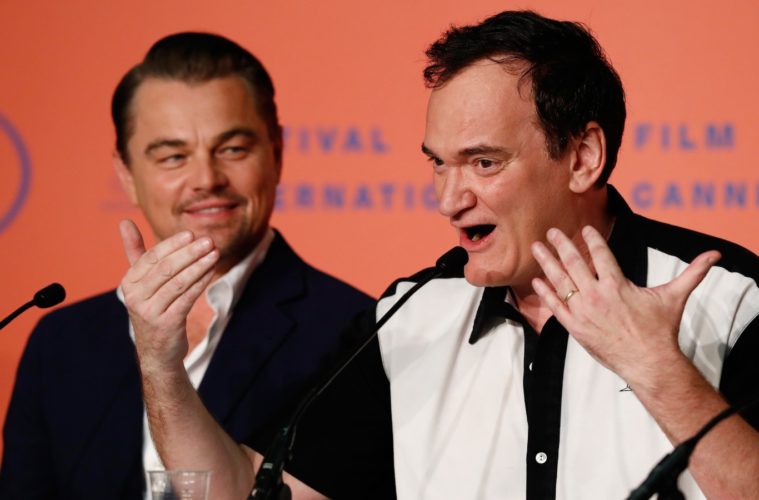 With editing occurring up until the eve of Cannes (and we imagine past it), a version of Quentin Tarantino’s Once Upon a Time… in Hollywood made its world premiere at Cannes Film Festival. Our own Rory O’Connor was a fan, saying in his review, “Quentin Tarantino returns in a haze of cigarettes, cocktails, razzle-dazzle, and psychedelic rock with Once Upon a Time… In Hollywood, a jarring concoction of ravishing 1960s fetishization and sliding doors “what if” moments that might just be his strangest film yet. It is certainly the director’s most patient, an uncharacteristic slow-burn that asks you to wait for it, jussst wait for it as it leads towards a fateful night in Hollywood folklore.”

“I let it become what it wanted to become,” Tarantino tells GQ, revealing that he initially spent five years writing it as a novel. “For a long time, I didn’t want to accept it. Then I did.” The director, along with stars Leonardo DiCaprio, Brad Pitt, and Margot Robbie opened up more about the making of the ’69-set film at the Cannes press conference, which is now available to watch in full. Among the topics discussed where the unfathomability of Manson’s crimes, Roman Polanski, how the film feels like a culmination of Tarantino’s career, and Robbie opened up about playing Tate in a performance that was less about the dialogue:

“I think the tragedy, ultimately, was the loss of innocence, and to show those wonderful sides of her I think could be adequately done without speaking. I did feel like I got a lot of time to explore the character, even without dialogue specifically—which is an interesting thing because I often do look to the interactions with other characters to inform me of the characters. Rarely do I get an opportunity to spend so much time on my own with a character, going through a day-to-day existence. That was actually an interesting thing for me to do as an actor. I actually really appreciated the exercise.”

See the full press conference below.

Once Upon a Time… in Hollywood opens on July 26.