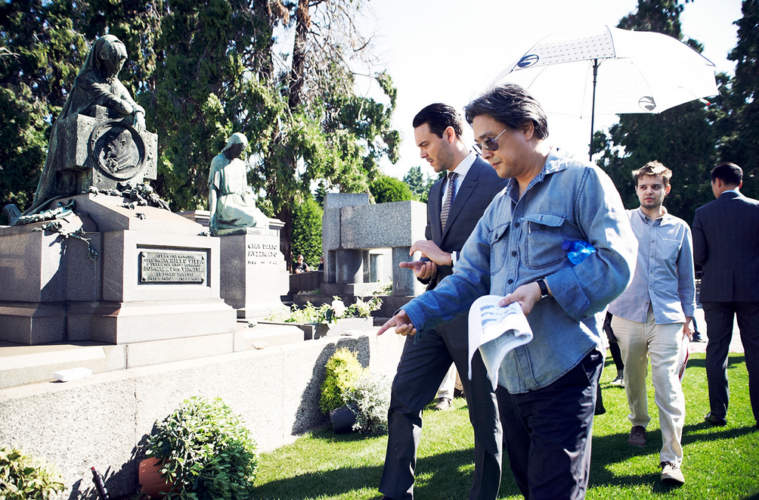 Coming off his English-language debut Stoker, we recently learned which feature Park Chan-wook would next helm. However, in the meantime, he’s completed a 20-minute short film for the Italian fashion company Ermenegildo Zegna. Titled A Rose Reborn, we’ve been tracking the release of the different parts being released week-to-week, but now the full short has arrived.

Starring Boardwalk Empire‘s Jack Huston and Daniel Wu, who’ll be seen in Warcraft, the story follows a brilliant young CEO from London who contemplates the possibility of selling his invention to a mysterious Chinese billionaire. Before actually meeting his potential investor however he must face a number of challenges in the form of journeys, riddles and the exchange of clothes. Check it out below, along with behind-the-scenes videos and stills. What do you think of the short?