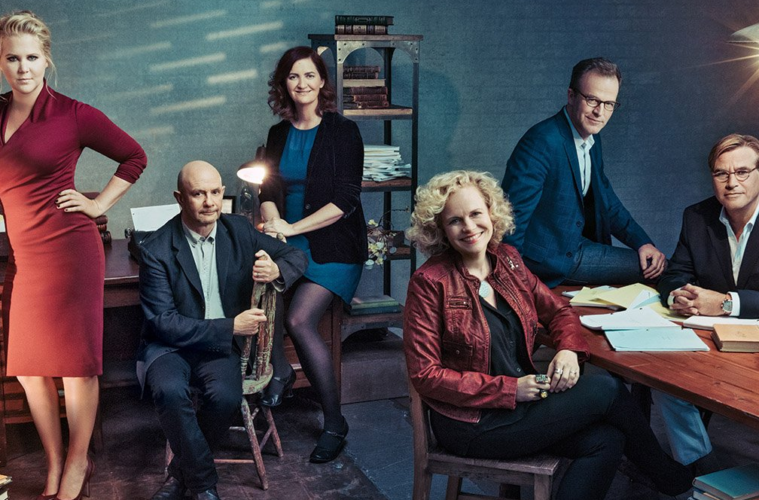 When it often comes to the best films of each year, before director signs on or a cast is attached, pen is put to the paper  — or, rather, a finger to a keyboard — and a script is written. Today we have a behind-the-scenes look at this writing process thanks to an extensive, one-hour conversation with Amy Schumer (Trainwreck), Aaron Sorkin (Steve Jobs), Emma Donoghue (Room), Tom McCarthy (Spotlight), Meg LeFauve (Inside Out), and Nick Hornby (Brooklyn).

“The one thing I regret, as a young writer, was not finding like-minded people that I could connect with, “McCarthy says. “I remember my father telling me, “You have to network in this business,” and I thought, “I’m never networking.” But as a result, I shut myself off; and as I started to connect with people creatively — going to Pixar for the first time was so expansive — suddenly I was around all these really odd, goofy, won­derful people. And it started to unleash me.”

The conversation also ranges from the best advice they got, female representation on screen, whether or not they tweet, the adaptation process, dealing with self-doubt, and much more. Thanks to Schumer’s comedic side, it makes for quite an entertaining talk. Check out the full talk below thanks to THR and download nearly all the scripts (and many more) here.