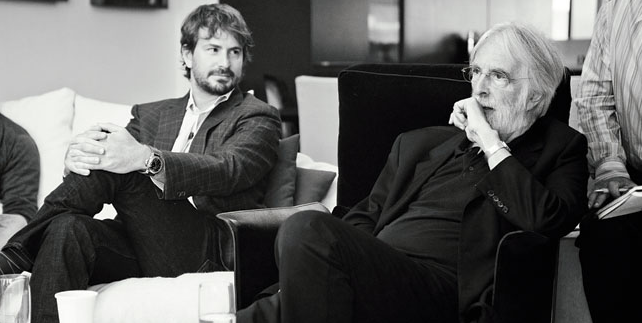 Never in my life would I have imagined I’d witness Jim from The Office and Michael Haneke sitting down to discuss cinema, but such is one of the few pleasures of the Oscar race. Following up their Best Actor hopefuls chat, The Hollywood Reporter brought together This is 40‘s Judd Apatow, Zero Dark Thirty‘s Mark Boal, Life of Pi‘s David Magee, Argo‘s Chris Terrio, Amour‘s Michael Haneke and The Promised Land‘s John Krasinski for another one-hour discussion.

While Haneke doesn’t chime in until about nine minutes in, he soon discusses (via a translator) his problems with Steven Spielberg‘s Schindler’s List and the only film he admires surrounding the Holocaust being Alain Resnais‘ Night and Fog. In the conversation, Boal also discusses (or rather skirts around) presenting Osama bin Laden in his film, Terrio talks his Argo characters and much, much more. Check out the entire thing below.