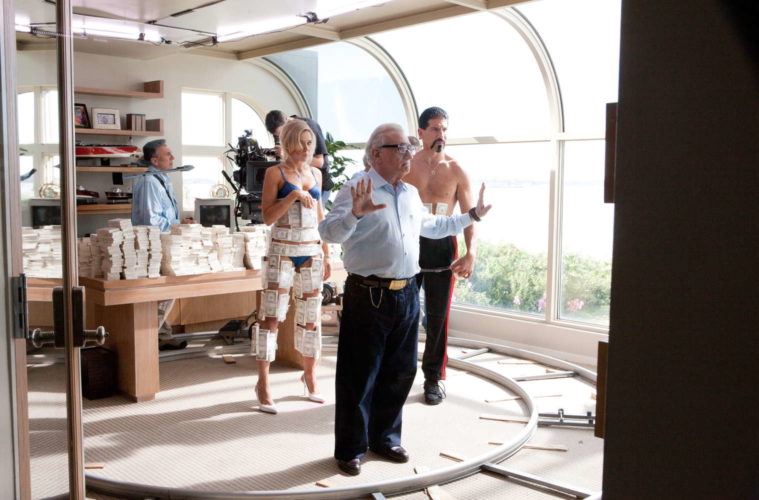 We’re just about a week away from Martin Scorsese‘s The Wolf of Wall Street and while our review will land later this week (hint: it’ll be a very positive one), it’s time to go behind-the-scenes of the true-story drama. Paramount has released eleven minutes worth of b-roll footage, which gives us a candid look at Scorsese directing Leonardo DiCaprio and Jonah Hill, not mention hundreds of extras. Split into two sections, the first gives us insight into the chaos of the office space, with a half-naked band and much more. Then we segue into the wedding between DiCaprio’s character and his second wife, played by Margot Robbie. Check out both videos below, along with new clips and a batch of TV spots.

The Wolf of Wall Street opens on December 25th.