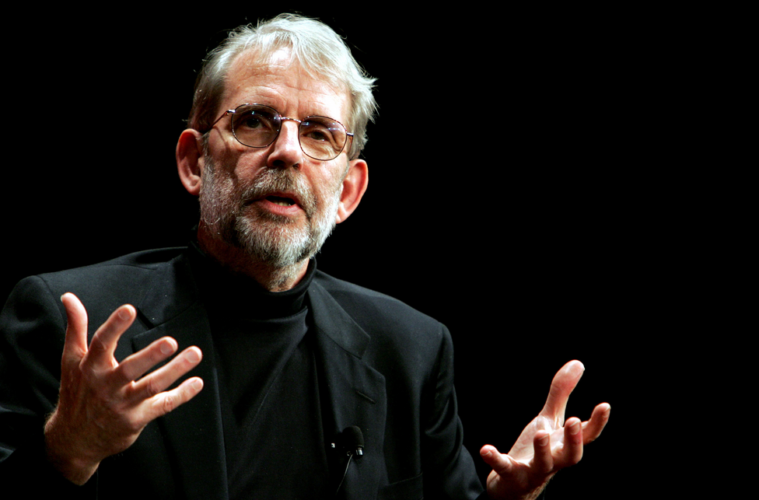 He may not be a household name, but Walter Murch has contributed to iconic works like The Godfather Trilogy, Apocalypse Now, and The Conversation. While he primarily served as editor and sound editor on these films, his abilities as writer, translator, astronomer, film director, student of physics, and maker of his own honey, we imagine his contributions added up to much more.

For those that want a peek inside his process, Murch’s event at the 2013 Sheffield Doc/Fest is indicative of his many interests: the hour and a half symposium is titled From the Godfather to the God Particle and you can watch it in its entirety below. Murch begins with a keynote that weaves between the history of film celluloid and his editing work on The Unbearable Lightness of Being and the recent documentary Particle Fever (our review). It’s rare when a keynote speaker is completely enthralling in multiple areas of expertise, but Murch proves to be a fascinating exception.

His theories on the digitalization of the image and the construction of narrative are comprehensive overviews of ideas that combine meld technology and art. Watch and you’ll learn everything from Francis Ford Coppola’s maverick company American Zoetrope to the new word of the day: “fungibility.” Murch, whose next work can be seen in 2015 with Brad Bird‘s Tomorrowland, also directed the macabre Disney sequel to The Wizard of Oz, Return to Oz in the mid-80’s; check out the trailer for that film below, as well as the full conversation.

What did you take away from the conversation?