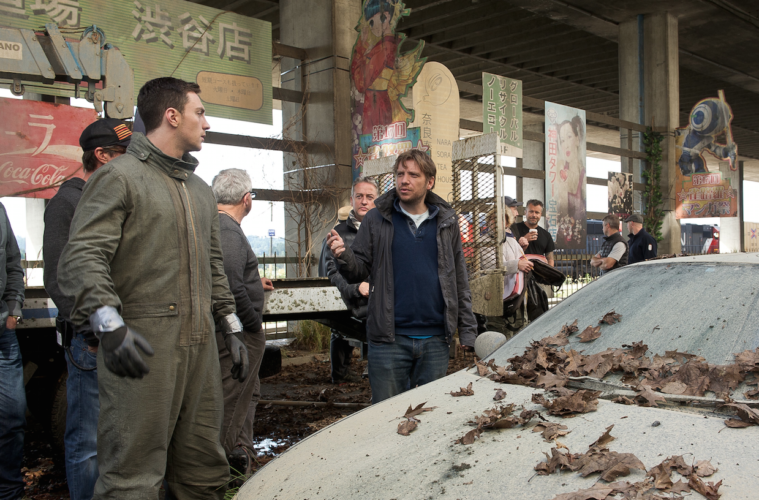 Landing in theaters this weekend is Gareth Edwards‘ blockbuster break-out Godzilla, one of the most impressive of its kind in years (read our full review). With a virtually unprecedented jump in scale and scope when it comes to the land of Hollywood, it’s his follow-up to the miniscule-budgeted Monsters. After working in visual effects for a number of years he finally embarked on that 2010 theatrical feature debut and today we’re looking back even earlier in his career.

Two years before he shot his first creature feature, Edwards entered the Sci-Fi London 48 Hour Film Challenge, in which he had to develop, shoot, and edit a project in the allotted time. The crews were also required to use a clear bottle with red or green liquid and include the line of dialogue, “I am required to carry out this task until completion: your orders do not override anything.” The result is Factory Farmed, an impressive five-minute short that would go on to win the contest and become a calling card for the sort of atmosphere Edwards is able to create, from a small-scale production like this all the way up to Godzilla. Check it out below.

What do you think of Edwards’ short?