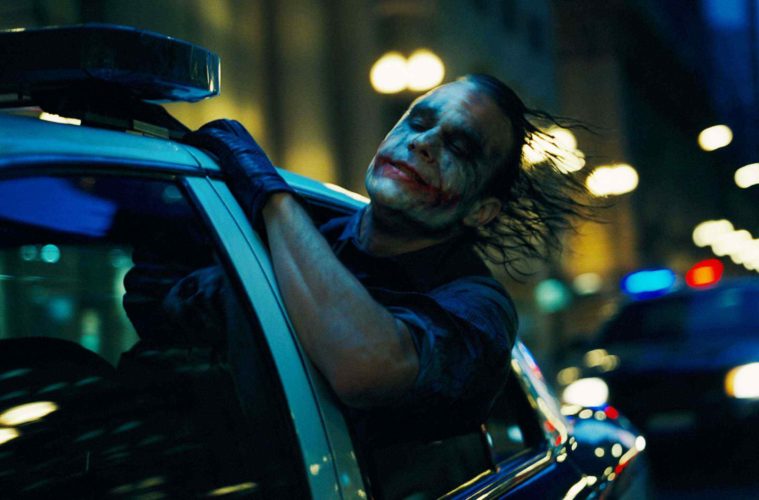 Much has been discussed regarding Heath Ledger‘s crafting of one Hollywood’s most iconic villains, but today brings a fascinating look inside the late actor’s process. In preparation for Christopher Nolan‘s The Dark Knight, Ledger told Empire, “I sat around in a hotel room in London for about a month, locked myself away, formed a little diary.” We’ve now got our first glimpse at his work, coming from the German documentary show Too Young To Die.

Interviewing the actor’s father, Kim Ledger, he goes through the scrapbook/journal, which reveals clippings from images from Batman comics, Stanley Kubrick‘s A Clockwork Orange, his trademark playing cards and various clowns, as well as his hospital room monologue.  In a chilling final note, the last page features the words “BYE BYE” scrawled across. Check out the video below via Reddit, including a translation (thanks to YouTube) of the voiceover.

This is the Joker’s diary. In order to inhabit his character, he locked himself up in a hotel room for weeks. He would do that. He liked to dive into his characters, but this time he really took it up a notch.

The hospital scene is interesting because when he was a kid, his sister Kate liked to dress him up as a nurse. He was really funny like that. He also was in the movie. This is a make-up test which was done eight months before. Before the end of the shooting he wrote “bye bye” on the back of the page. It was hard to see this.