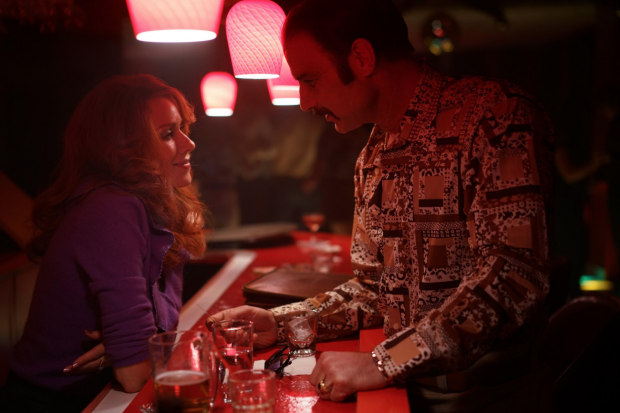 Ahead of the premiere, the first clip has now landed, which finds Moss’ character, who plays his wife, catching Schreiber’s Chuck out on a date. Check it out below, along with the synopsis, and return for our review.

THE BLEEDER, a film by Philippe Falardeau, is the true-life story of Chuck Wepner (Leiv Schreiber), a liquor salesman from New Jersey, who went 15 rounds in the stunning 1975 heavyweight world championship against the greatest boxer of all time, Muhammad Ali. In his ten years as a boxer, Wepner endured eight broken noses, 14 losses, two knockouts, a total of 313 stitches, and ultimately inspired the billion-dollar Rocky franchise. But his toughest fights were outside the ring – living an epic life of booze, drugs, wild women, incredible highs and extraordinary lows.

The Bleeder will premiere at Venice and screen at TIFF.