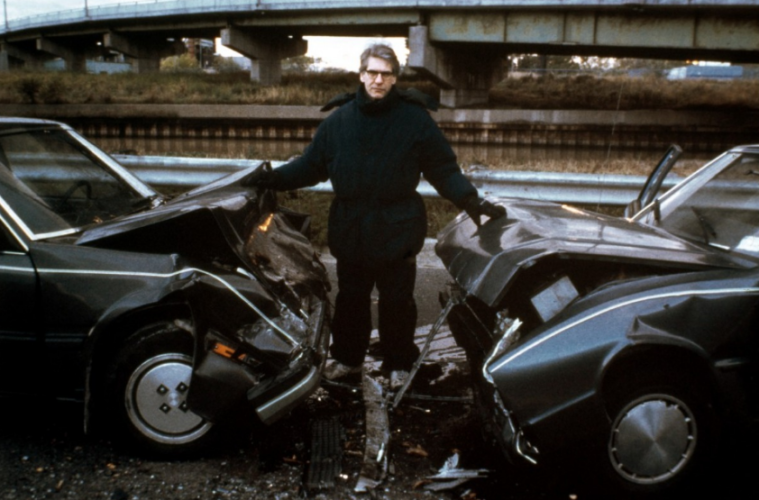 Watch David Cronenberg Discuss the Making of ‘Crash’ in 1997 Interview

Though often thought of as the body-horror maestro, David Cronenberg‘s work stretches beyond into the realm of erotism and more action-oriented sci-fi. Thanks to Eyes on Cinema, vintage footage of Cronenberg speaking extensively about Crash has been unearthed.

In the 13-minute talk, Cronenberg delves into his perception of the film’s happy ending, getting into a car accident of his own, the complexities of translating J.G. Ballard, and racing vintage cars. Of particular interest is his comparison to his own body of work as that of a Ferrari, instead of a Ford, naturally, a perfectly Cronenbergian sentiment assuring his outlier reputation. He also talks about how he gained exclusive access to roads in Canada for Crash, and the logistics of finding unique ways to shoot someone inside a car, “without getting cute.”

See the full chat below, and explore more of Cronenberg’s films here.