Watch Barry Jenkins’ The Gaze, a 50-Minute Piece From the Set of The Underground Railroad 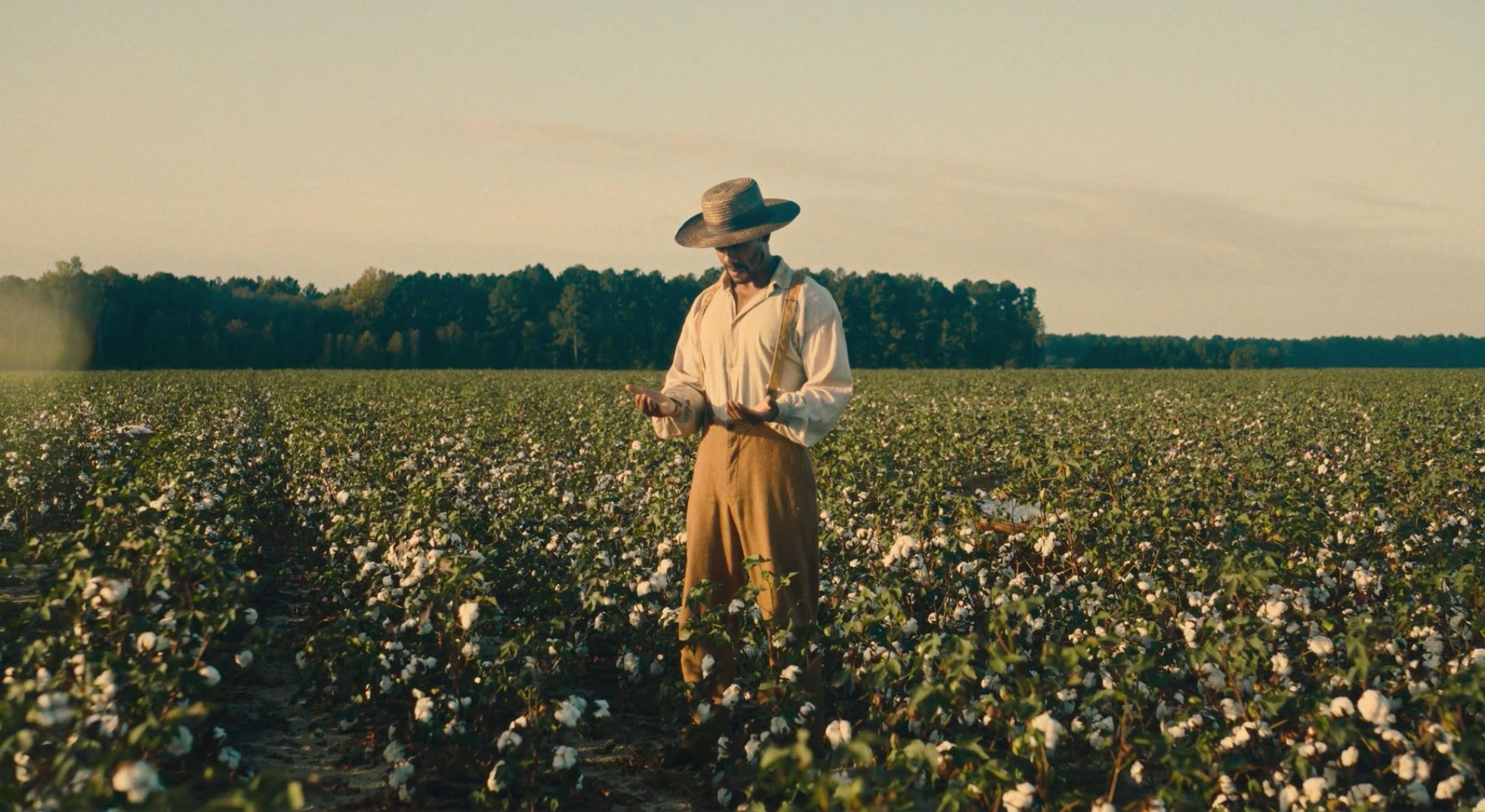 In just a few days, 10 new hours of Barry Jenkins-directed material will be arriving with his much-anticipated, already-acclaimed adaptation of Colson Whitehead’s The Underground Railroad. As a preamble to the limited series, the director has now debuted a special project created on the set.

The Gaze is a 50-minute piece accompanied by an essay from Jenkins. Featuring moving portraits of the ensemble of The Underground Railroad, it features new music by Nicholas Britell. With his three features thus far, Jenkins has mastered Demme-style close-ups that even Paul Thomas Anderson is jealous of, and while this new piece offers more than just close-ups, it shows how well Jenkins can get the soul of the human experience, while offering a great introduction to the world of his new project.

Watch below, followed by his essay.

In my years of doing interviews and roundtables and Q&A’s for the various films we’ve made, there is one question that recurs. No matter the length of the piece or the tone of the room, eventually, inevitably, I am asked about the white gaze. It wasn’t until a very particular interview regarding The Underground Railroad that the blindspot inherent in that questioning became clear to me: never, in all my years of working or questioning, had I been set upon about the Black gaze; or the gaze distilled.

I don’t remember when we began making the piece you see here. Which is not and should not be considered an episode of The Underground Railroad. It exists apart from that, outside it. Early in production, there was a moment where I looked across the set and what I saw settled me: our background actors, in working with folks like Ms. Wendy and Mr. and Mrs. King – styled and dressed and made up by Caroline, by Lawrence and Donni – I looked across the set and realized I was looking at my ancestors, a group of people whose images have been largely lost to the historical record. Without thinking, we paused production on The Underground Railroad and instead harnessed our tools to capture portraits of… them.

What flows here is non-narrative. There is no story told. Throughout production, we halted our filming many times for moments like these. Moments where… standing in the spaces our ancestors stood, we had the feeling of seeing them, truly seeing them and thus, we sought to capture and share that seeing with you. The artist Kerry James Marshall has a series of paintings of ancestors for whom there is no visual record but for whom he has supplied a visual representation of their person. For me, most inspirationally, “Scipio Moorehead, Portrait of Himself, 1776.”

Of the painting, from the Met Breuer exhibit KERRY JAMES MARSHALL: MASTRY – “In this painting Marshall created an imagined self-portrait of a real African American artist, Scipio Moorhead, who was active in the 1770s. Few if any images of Moorhead exist in the historical record. Everything we know of his legacy is based on Phillis Wheatley’s first book of poetry, published in 1773 while she was a slave [sic] in Boston. The book’s title page illustration is an engraving of the writer, reportedly modeled on a painting by Moorhead. The engraving remains the only visual proof, however tenuous, of Moorhead’s existence.”

In the way that Mr. Marshall sought to honor Mr. Moorhead through this imagined physical representation of the artist, we have sought to give embodiment to the souls of our ancestors frozen in the tactful but inadequate descriptor “enslaved,” a phrase that speaks only to what was done to them, not to who they were nor what they did. My ancestors – midwives and blacksmiths, agrarians and healers; builders and spiritualists, yearn’ers and doers – seen here as embodied by this wonderful cast of principal and background actors, did so very much.

Housekeeping: From end to end what you are hearing here is Nick’s original score. And yet even at fifty minutes, this is barely twenty percent of the score for the show. The same with the images; maybe five of these shots are in the actual show? There are no spoilers here. Other images in this format appear there but not here. All told, we archived four hours of these portraits. They flow in story order, from Georgia to Indiana. NOTE: one of these things, you’ll notice, is not like the others. In the context of the show, its presence will make sense.

A FEW SHOUTOUTS – None of these shots are planned. Occasionally, when the spirit moved us, we stopped making the planned thing and focused on making THIS thing. So shoutout to my brother James for sure; we had a show to film and yet he never questioned, he brought his best to this. Always. Caroline Eseline. Our costume designer. The majority of the souls you see here are inhabited by background actors. Which meant at any moment, the camera could go from a close-up of number one on the call sheet to… a portrait of number 500. It did not matter. Every soul needed full embodiment. And every damn time I saw someone and was moved to portraiture, there was no doubt of their readiness. The same goes for Lawrence Davis and his wonderful group of hair stylists. And Doniella Davy and her makeup team. Liz Tan, Spoon, Jesse and the directing team. Alex Bickel. Daniel Morfesis, who cut this and all the teasers that came before. OUR BACKGROUND ACTORS. My most humble thanks.

This is an act of seeing. Of seeing them. And maybe, in a soft-headed way, of opening a portal where THEY may see US, the benefactors of their efforts, of the lives they LIVED.