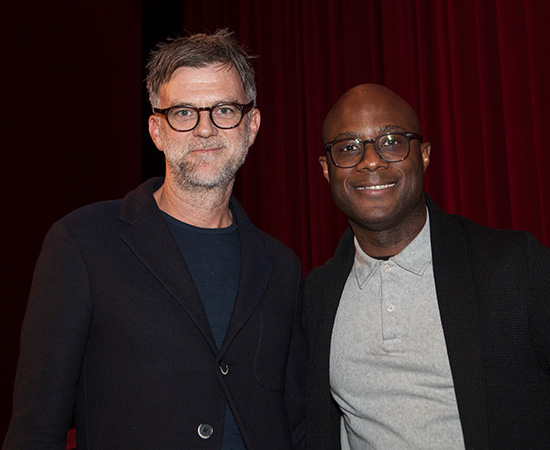 Last year at this time, we were blessed with the first screenings of Paul Thomas Anderson’s endlessly rewatchable Phantom Thread. While we don’t get a new film from the director this year, we have the next best thing: a conversation he had with the director behind one of this year’s best films.

At the DGA Theater in Los Angeles, Barry Jenkins presented his James Baldwin adaptation If Beale Street Could Talk (opening December 14), which was followed by a talk moderated by the Inherent Vice director. They discussed how it wasn’t Jenkins’ favorite James Baldwin novel, but it was the richest to visually adapt, Paul Thomas Anderson’s love for the ensemble (especially the newcomers), Jenkins’ editing process, which featured watching the entire film virtually on repeat and making slight structural changes each time, and much more.

“I’m very jealous of your close-ups,” Anderson told Jenkins. “There’s a long line of people who that have really tried to do Jonathan Demme close-ups and I try all the time, but I have to say, you got it right better than anybody.” As for Jenkins’ approach to doing them (and what it was like seeing them on an IMAX screen), you’ll have to listen below.

DGA also posted a number of other fascinating conversations between directors, which can be listened to below.