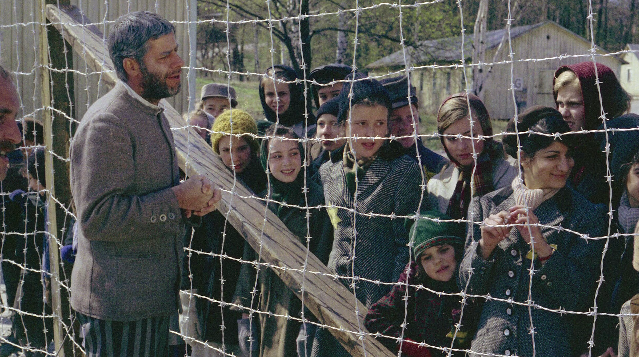 No film’s legend is quite as strong as The Day the Clown Cried‘s, to the point that minor bits and pieces caused a stir when they emerged two-and-a-half years ago. Lat summer, news of its possible acquisition did just the same, and that was with the full knowledge that if we do ever see the thing, it wouldn’t be until 2025 at the earliest. This may seem like a bit much, but a Jerry Lewis-helmed Holocaust drama (one reportedly marked by comedic elements) that the writer-director-star has literally locked up for decades tends to create that sort of stir.

Advancing its progression from legend to fact is a new BBC documentary The Story of the Day the Clown Cried, which is more than the recapping of a bizarre legend; it actually collects the most we’ve ever seen from this film. Archive-unearthing has brought us a respectably sized collection of behind-the-scenes and production stills — and yet, size notwithstanding, none get us much closer to understanding what tone Lewis was aiming for, and many of the people interviewed express a genuine befuddlement with his project. The fact that four cast members “mysteriously pulled out” right before their appearances might evince how much he, who’s long insisted the film will never be seen, wants information to be available. So is this the next step in pulling back the curtain on a bizarre epic, or the closest we’ll ever come to experiencing it? Your guess is as good as mine.

See the documentary for yourself (via Criticwire):